With the final week of the regular season in the books, the playoff picture is now set and underway. Tonight night will also see the start of the play in round to determine which team with be staying in the league and which team will be relegated to HockeyAllsvenskan.

Coming into the week there was still a battle going on between four teams for the final playoff spot. Linköping and Brynäs were sitting on the outside looking in and Djurgården, having finished their regular season, was forced to watch as their fate would be decided by the outcome of a couple games this past week. The first game they would be watching with anticipation was the Monday night matchup between Linköping and Luleå. Despite a good first period from LHC, the game went sideways in the second and the flood gates opened for Luleås offence. Luleå managed to score a whopping six goals in the frame and Linköping answered with just one of their own. A seventh and decisive goal from Luleå in the third was more than enough to hand Linköping the loss and damper Linköpings playoff hopes. However, with the Malmö Redhawks also losing their game to Leksand, Linköping still had a slim chance of making the playoffs.

Monday night also saw another pair of games with implications for the top of the standings. With Leksand winning their game against Malmö, it meant Skellefteå also needed to win their game in order to move past Leksand into 3rd overall. An overtime win for Skellefteå would've been enough to propel them into third as they would win the tie break with a better +/- than Leksand. Unfortunately for them they managed just a single point in an overtime loss against Färjestad. With their win, Leksand finished in the top three for the first time since the 97/98 season and Skellefteå finishes 4th for the second year in a row. 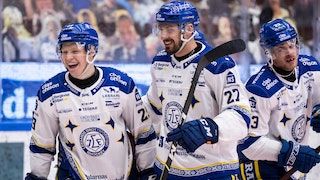 The decisive day of the week for the playoff race at the bottom of the standings would come on Wednesday night as Brynäs faced off against the Lakers and Malmö visited Färjestad. Brynäs' slim playoff hopes were dashed by a full game effort from the Lakers and the 5-1 victory for Växjö not only eliminated Brynäs from playoff contention, but propelled themselves into the top spot in the standings, reclaiming their 2018 title as the top team in the regular season. Linköpings playoff hopes were also put to rest on Wednesday night as the Malmö Redhawks held on for a hard fought 2-1 victory over Färjestad. Brynäs and Linköping were now both facing the fact that playing in the relegation series was a very real possibility.

Brynäs, however, held their fate in their own hands as a win on Thursday against Färjestad would set up a do or die game against Oskarshamn on Saturday afternoon. After a scoreless first period, Brynäs came to life in the second and opened the scoring as a tally from Simon Bertilsson gave them the lead. It was short lived however as Pontus Widerstöm evened things up with a beautiful individual effort and sent the game into the third tied at one. A quick goal from Färjestad to open the third turned out to be the game winner as they added an additional pair of goals in the frame, including an empty netter from Jonathon Blum. With the loss, Brynäs knew they would be playing in the relegation series. Although it was still possible for them to tie Oskarshamn in points, a more than twenty goal discrepancy in the +/- category would be impossible for them to overcome.

Friday nights single game and Saturdays final four games of the regular season were largely unimportant as the standings had been all but decided. The only potential change could come from Frölundas push for a top six finish. Coming into Friday night, the Indians trailed Örebro by three points in the standings and trailed by eight goals in the +/- category. So Frölunda would need a big win on in regulation on Friday and would have to hope for a big loss in regulation from Örebro on Saturday afternoon. Unfortunately for Frölunda neither of those things happened and they finished 7th overall for second year in a row and for just the second time since being promoted in 2014/15 Örbero finishes in the top six. 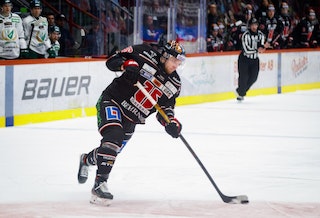 With the regular season now concluded here is how the playoff picture breaks down: