With most teams having ten or less games left to play in the regular season, the playoff race intensifies in both the top and the bottom of the standings. Tight races and important games are happening throughout the leaderboard.

As they attempt to capture their first ever regular season championship, league leaders Rögle continue their hot streak as they managed three victories this week, including two shutouts. They started the week by doubling up Brynäs by a score of 6-3, including a pair of goals from Anton Bengtsson and a three goal third period to finish with a bang. Christoffer Rifalk then stole the show with back to back shutouts against Djurgården (3-0) and Frölunda (4-0) turning away all 50 shots he faced in the two games and registering his third and fourth shutouts of the season. With those shutouts he now sits just one back of the league lead held by the Lakers Viktor Fasth. Rögles victory over Frölunda was also aided by the 21st and 22nd goal of the season by Simon Ryfors, which now puts him into a tie for the goal lead with Växjö’s Emil Pettersson. With the three regulation wins, Rögle now sits six points ahead of the Lakers in the top position and will look to extend their winning streak this week with matchups against Färjestad, Örebro and Skellefteå.

The middle of the pack playoff push sees a three way race to finish in the top six to avoid the round of 16, best of three round. Frölunda and Leksand currently sit tied in points (71), with Frölundas one goal advantage putting them just a hair in front of Leksand for the 5th overall position. However, Leksand is currently on a five game win streak and with victories against Linköping, Örebro and Skellefteå this week they have closed the gap as they attempt to overtake the team from Gothenburg. Frölunda, on the other hand, has now lost five in a row including back to back shutout losses this week and are still looking for their first victory in February.

Nipping at both their heels and sitting in 7th, just outside the quarterfinal cutoff, is Örebro. They had just two games this week and were unable to capitalise in their race against Leksand and Frölunda. They had a prime opportunity to extend their point lead against Leksand as they faced off against them on Saturday, but Leksand proved to much for them as they edged out a 2-1 victory to knock Örebro out of the top six. One bright sport for Örebro, however, is the fact they have a game in hand against both Frölunda and Leksand, and with just ten games remaining in the regular season, that one game could prove to be important in such a tight race. 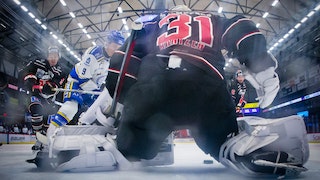 Unlike previous, recent seasons, this year sees a very tight race to avoid relegation play. Oskarshamn, Brynäs, HV71, Malmö and Linköping are all at risk of finishing in the bottom two as just three points separate those teams in the standings after this weeks play. After receiving a bit of a golden ticket last year (due to the playoffs being cancelled) Oskarshamn are trying to take advantage of the opportunity and guarantee themselves a spot in the big league. Coming into the week they had two huge games as they faced off against both Malmö and Linköping. Despite starting the week with a big win against the 2nd place Lakers, Oskarshamn fell 3-2 against the Redhawks but were able to battle to a hard fought 4-1 victory against Linköping on Saturday night. With the win on Saturday they now sit on the bubble in 10th.

Despite the desperate need for points, Oskarshamn and Malmö were the only two teams in the bottom five to register a pair of wins this week. Linköping and Brynäs came away with a single victory each and HV71 dropped all three of their games, including an important loss to Brynäs. 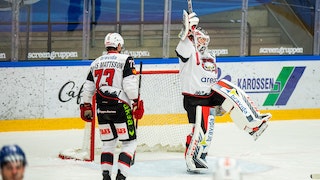 Erik Gustafsson lead the way for time on ice, averaging 26:58 in two games played this weeek

Christopher Rifalk (Rögle) lead the way for all goaltenders with 61 saves on 64 shots faced and 3 victories. Janne Juvonen (Leksand) impressed between the pipes with 77 saves on 81 shots faced and also registered 3 victories. Samuel Ersson rounds out the top three with 78 saves on 81 shots and one victory. Also a stat of note, Ersson registered his third assist of the season, which ties the lead in goaltender points with Niklas Rubin (Frölunda).