The defending Swedish champions came into the week with just one game on the schedule, one that was very important in the standings. Sitting fifth overall in the standings they were being chased by teams who had games in hand and were going to be playing multiple games this week, meaning the Lakers had to take advantage of their one contest.

Not only was the game inportant for the Lakers becaus of the teams chasing them, but it was equally important for them because they faced off against a Frölunda team they sat just three points back of in the standings. They were also looking for their first win against Frölunda this season, as the team from Gothenburg had bested them in their previous three meetings this year.

The scoring started early as Frölunda struck first with less than three minutes elapsed after an incredible effort by Elmer Söderblom was redirected by Johan Sundström to give them the early lead. Not to be outdone, the Lakers answered back with a marker of their own courtesy Glenn Gustafsson. The game would head to the second locked at a 1-1 tie.

Unlike the first, the second would not see any goals in the early stages of the period, instead they would come late in the frame. Glenn Gustafsson, with his second of the game, would start things off with less than six minutes remaining in the period, giving the Lakers the one goal lead. Richard Gygne would follow that up just a few minutes later to extend the lead to two. However that lead would last just 49 seconds as Radan Lenc would respond to pull Frölunda back within one heading into the final frame of regulation.

Despite sustained pressure from Frölunda in the third period, the frame saw scoring from only the Lakers. Joel Persson was able to restore the two goal lead and Glenn Gustafsson secured the win and completed his hat trick with just 32 seconds remaining in the frame. With the win the Lakers moved into a tie in points with Frölunda, but still remained behind them because of their goal advantage. After all was said and done this week, the Lakers now sit sixth overall in the final quarterfinal spot, with Örebro nipping at their heels. 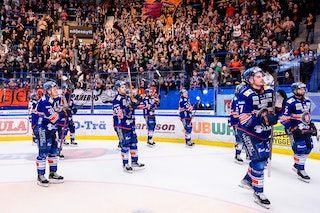 Frölunda was busy this week building their future team as they signed five junior players. Liam Dower Nilsson, Ludwig Persson, Noah Hasa, Viggo Andrén and Joel Ratkovic Berndtsson were all signed by the team this week.

– These are important players for us from a future perspective. These are guys we believe in and who will be part of our A-team for many years to come. We are happy to extend with them, says Frölunda's sports director Fredrik Sjöström.

Berndtsson was given a four year contract while the other four all signed two year deals.

Radek Muzik and Luleå have agreed on a new contract. The 20 year old Czech player started his career in Luleå with their junior team in 2018 before making his big team debut the next season. In 46 games this season he has scored three goals and added five assists.

– It feels good that we have agreed on a continuation with Radek. He is a player who has developed along with us from our junior activities and who is constantly taking steps in the right direction, says Luleå's GM Stefan "Skuggan" Nilsson.

The contract extends through the end of next season. 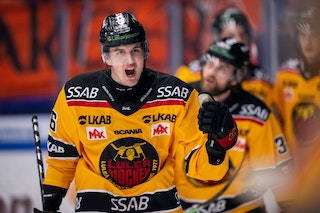 Oskarshamn secured a big piece of their roster this week, resiging Hynek Zohorna. The 31 year old is in his first season in the SHL after spending the last two seasons in the KHL. He has scored ten goals and twenty assists in 48 games played this season.

– Hynek is an incredibly important pillar for us and fulfills a good function in our team building. He does a great job at both ends of the ice. For example, he rarely makes a mistake in his own zone and can be used both on the edge and in the middle, says Oskarshamn's sports director Thomas Fröberg.

The new deal will see Zohorna remain with Oskarshamn for the next three seasons.

Some off ice news from Linköping this week as Peter Jakobsson has been hired by LHC as their new sports director.

– It feels great that we have reached a goal with this recruitment. Peter has good knowledge of the SHL as a league, about the player market and its rules of the game, says Linköping's club director Niclas Björkman.

Jakobsson comes over from Färjestad where he spent the last five seasons as their Sports Director. He will be starting with the club on May 1st.

In his first season as the head coach of Skellefteå Robert Ohlsson has found immediate success. Skellefteå cureently sit third overall in the standings and have the leagues best goals for/against ratio. The organization are clearly happy with the success he has brough to the team, as they have signed him to a new two year deal.

– It feels really good to finish early with an important position for several years to come. Robert has done very well so far and as a new coach has in a good way managed the balance in managing what Skellefteå AIK stands for before and has at the same time been able to add his own new things to the association. He fits in well with how we want to train, play and develop players, says Skellefteå's GM Erik Forssell. 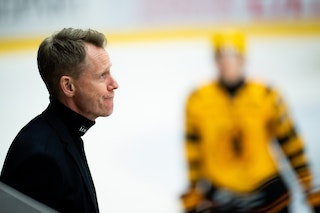