We continue to summarize the season, club by club, as we move on to HV71. "It felt like the longer the season went on, the more dangerous we became," says defensemen Emil Johansson, 23. 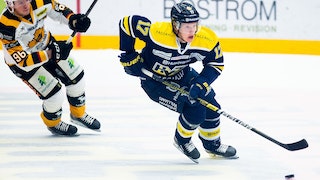 Emil Johansson, 23, returned to HV71 for this season after two years in North America. PHOTO: Bildbyrån.

Game-wise, was there anything special that made you improve as the season went on?

– Hard to say. When we had our ups, which we had right from the start, we just did the same things in all of our games and found a sense of security in our game as a team. We did what we knew and would focus on and doing it every day.

My feeling is that you had some rough patches during the season. Do you agree with that?

– Absolutely. We had a period of four straight losses or whatever. Well, that was the low point. But we managed to turn that boat around and after that we had five, six straight wins and after that it felt pretty stable.

Johansson's comment: “Our powerplay worked well half the season. We had some fun with it in the beginning. It is nice to know that you have a good offensive. We didn't struggle to score goals, but the feeling was rather that if we do good things, the goals will come.” 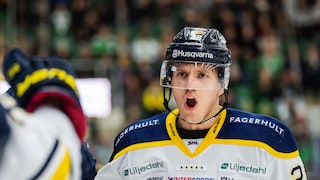 The defender Johannes Kinnvall scored most points in HV71 with his 40 points. PHOTO: Bildbyrån.

Johansson's comment. “The same there, as with everything else really. When it clicked, it clicked well in a lot of our games. But it became more and more stable. We felt a sense of security around the defense. The goalkeepers are included in that and we had two very good goalkeepers that we trusted. You said we were fifth best there, but the feeling was that we should have been top three."

Johansson's comment: “I don't know what the statistics were for the last games (36 percent in PP for the last 20 matches), but that increased the average incredibly. In the beginning, getting a powerplay felt almost like an energy loss because it went so badly. We even let in a couple of goals. Then we improved ourselves significantly and then we got a huge boost off of powerplays. It was two completely different worlds."

Johansson's comment: “There has been a lot of focus on that, right from the start. We have had reviews before every match and there have been clear directives on what to do. There has been no obscurity when you set foot out there. Penalty killing was easy.”

Johansson's comment: “We wanted the statistics to be better. Maybe we wanted to make it a little too difficult at home. We have a damn good crowd in the arena. It's a lot of pressure and clearly we would have liked more home wins. We did not have a lot of games at home that we were happy with after 60 minutes. It was either a bad start, a bad end or we were bad in the second period."

Johansson's comment: "In away games we did what we were going to do. Clumsy, but we didn't thumb anything. We just chewed on, from the start and over 60 minutes."

Johansson's comment: “That is one reason why we managed to score so many goals. It is important to have structured plays and have good timing. We had alot of reviews on how to create chances for each other and how to put pucks on target. There was pressurs from the coaches to always try to put the puck in the net, even at practices." 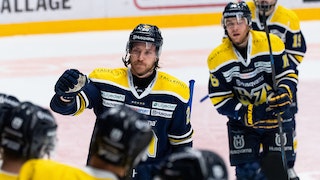 …players with the most on ice average per match: Eric Martinsson, 20:27 min/match