Some star signings are making their names heard in the SHL. After the first full week of action, they are the reasons some teams are off to great starts to the year.

The first full week of games is complete and now all the teams are in on the 2020/21 SHL action, with Djurgarden being the last team to start the season Sunday.

The week, however, began with Leksand pretty much continuing where they left off last Saturday, when they almost turned a three goal deficit to a victory but in the end lost on overtime to Skelleftea. On Tuesday, Leksand fired on all cylinders when they beat Malmo 5-3 in Malmo. Having gone down 1-0 early, a three-goal salvo in the first period gave the the guests momentum. Peter Cehlarik (1-2--3) and Carter Camper (2-1--3) both had great nights, but Marek Hrivik had an even better one, putting up four assists.

Orebro had a perfect week, winning both Thursday and Saturday. On Thursday, they beat HV71 5-4 before travelling to Skelleftea Saturday to grab another three points through a clear-cut 4-1 victory. Off-season signing Borna Rendulic had a good week, scoring three goals, and five points in total.

Both Brynas and Oskarshamn had their ups and downs. Oskarshamn beat Brynas 5-2 in Gavle Thursday, with signings Fredrik Olofsson (1-3--4) and Jan Ordos (1-2--3) leading the way. Brynas bounced back Saturday, grabbing a three points in Karlstad, when they beat Farjestad 5-3. There, their star signing from Djurgarden, Patrik Berglund, scored his first two goals of the season. 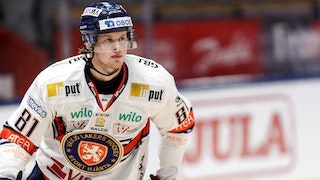 Farjestad also played Thursday, beating Vaxjo 3-2 after a shootout with Daniel Viksten scoring the winner. Viksten also scored Saturday against Brynas and he now has four goals this season.

Both Vaxjo Lakers games went to a shootout this past week. On Saturday a 1-1 stalemate in Linkoping came down to the shootout. There, former Linkoping forward Fredrik Karlstrom scored the winning shootout goal, adding the goal he had in regulation. 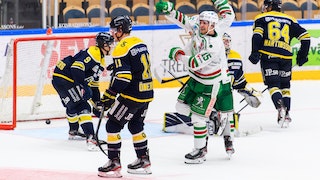 HV71 does not currently have the margins on their side. The Jonkoping side is one of two teams, with Farjestad being the other, having played three games. They are, however, still without a point in the standings. On Saturday, a Anton Wedin equalizer with 1:44 to go had the viewers thinking overtime. Simon Ryfors had other plans and scored the game winning goal for Rogle a mere 16 seconds later. On a bright note for HV71, Anton Wedin had his first goal of the season.

On Sunday, Djurgarden began their campaign. But despite a heroic performance by Mantas Armalis, who saved 40 out of 41 shots, Djurgarden lost to Frolunda 0-2, with Frolunda adding insult to injury scoring an empty netter in the end. 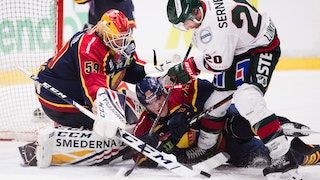 This week is a stacked one with all teams playing both Thursday and Saturday.