The league rolls on and this past week offered a great variety of results, making the standings a bit more interesting. Here is what went down.

Both Frölunda and Rögle won one game each last week, making the top positions unchanged in the standings. Rögle did, however, lose two and Frölunda one. But with the schedule still not at even keel - and to be fair, it might not be until the very end of the last game of the regular season - Rögle (67 pts) has one game in hand to Frölunda, leading by two points.

In the middle of the league table, Leksand and Skellefteå seem to be battling by themselves for sixth place. After this past week, Leksand (52 pts) are in sixth, two points ahead of Skellefteå. Both teams grabbed two wins but the yellow-and-black team from the north only played two games compared to the three Leksand played and are now on a three game winning streak. Luleå and Växjö also grabbed two wins out of a possible two games. The two are shadowing the top duo as they both have 63 points. Luleå have played 31 games compared to Frölunda´s and Växjö´s 34 and Rögle´s 33. 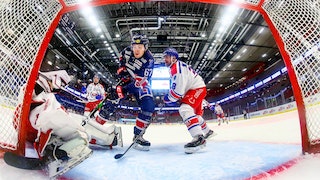 On Saturday, Linköping won their first game since December 15th, thereby ending a ten game losing streak. They did so by beating Oskarshamn 4-2 - and Oskarshamn were the last team Linköping beat before the losing streak. The red blue and white this week cut ties with star signing Oula Palve, continuing the re-modelling of a team that's been struggeling heavily this season.

In terms of expanding or adding to their rosters, we saw some interesting moves: Goalie Joel Lassinantti has returned to Luleå. Forward Josh Ho-Sang, of the New York Islanders organisation, has been loaned to Örebro. Rögle signed d-man Joey LaLeggia and rival Malmö boosted their offensive arsenal by adding forward Matt Puempel to their roster. On Monday morning, Linköping announced that goaltender David Rautio returns. Rautio became the odd man out when Joel Lassinantti signed with Luleå, who also have Jesper Wallstedt on their roster. Rautio has signed a deal stretching over the remainder of the sesaon. This is his second stint with the team, having played two seasons between 2014-16 with them.

The woes of Färjestad continue. The Karlstad team has only one OT win, and a combined four points gained, in their past eight games. With their three straight losses this week, they are on a four game losing streak with no points gained at all. That means that Johan Pennerborn´s team now sits ninth in the league standings. But they do have an eight point gap to Oskarshamn in 10th place.

Five players tied for most points this week, and four of them actually split their points in the same fashion: Dennis Everberg (Rögle), Henrik Törnqvist (Linköping), Noel Gunler (Brynäs) and Daniel Viksten (Färjestad) all had two goals and two assists each during the week. Jaedon Descheneau of Brynäs had four assists. A total of 15 players shared first place in terms of goals scored (2) during the week.

Turning to the goalies, Jhonas Enroth of Örebro was the only goalie to post a shutout this past week - his first of the season. Färjestad, Skellefteå, Örebro, Djurgården, Växjö, Luleå (Wallstedt and David Rautio), Frölunda and Rögle now have had shutouts posted by both their goalies. Only Brynäs and Oskarshamn have let in goals in every game so far during the season. 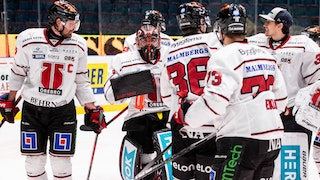 Turning to this coming week, we hopefully see the Malmö Redhawks back in action which would mean a full slate of seven games Saturday. Prior to that, we have four games to be played Tuesday and five games Thursday. One of the highlights of the week might be the game of angst between rivals Linköping and HV71 Saturday. Two teams in dire straits and in desperate need of points. Other highlights of the week are the Derby of the North between Luleå and Skellefteå Tuesday and what can be a fast paced game between Djurgården and Rögle Thursday.