This weeks featured team is Oskarshamn as they look to prove they are a team that is able to compete this season. Of course, at the end of the 2020 season, Oskarshamn got a bit of a golden ticket with the outbreak of the pandemic. Due to the pandemic they avoided having to play in the relegation tournament. Last season saw them improve upon their first SHL season, finishing just outside of the playoffs in 11th. This season, however, they have their sights set higher and have some new faces that are trying to help them achieve that goal.

Their first game of the week came back on Thursday evening as they faced off against a Brynäs team that was looking for their third straight win. The first two periods were very back and forth as the teams went tit for tat through the first 40 minutes and both rippled the mesh twice as the game would head to the final frame of regulation locked at a 2-2 tie.

One of the new players Oskarshamn was hoping would make a difference for them is Tomas Zohorna, who signed with Oskarshamn this off season, coming over from the Czech League after a long stint in the KHL. Zohorna had already scored the opening goal in the first and was looking for more in the third. After Kim Rosdahl put Oskarshamn on top early in the frame, Zohorna would pot a pair of quick goals to give them the 5-2 lead and register his first SHL hat trick. Brynäs would get one back, but Rosdahl would pot his second of the period and Oskarshamn would come away with the 6-3 victory.

Their second game of the week came against a Luleå team who they had never beaten in Luleå in their two previous SHL seasons. Luleå was also looking to put an end to a three game loosing streak in front of a sold out crowd at Coop Norbotten arena, so Oskarshamn had their work cut out for them.

Luleå got the start they hoped for as a scrum along the boards allowed Vilmos Gallo to collect the puck, walk out front and roof a beautiful shot past Joe Cannata. Oskarshamn would answer back before the end of the first, however, as a slight deflection from Joakim Thelin squeaked past Joel Lassinantti to tie the game heading into the second frame. The second period was all Oskarhshamn as they pounded the Luleå net with 10 shots and kept the pressure up all period long. Their efforts yielded a pair of goals as Fredrik Olofsson and William Worge Kreü would ripple the mesh and give them the two goal lead heading into the final frame of regulation.

Another one of the players that Oskarshamn brought in this season to help improve their standings was a bit of an unknown, but has quickly shown he is a force to be reckoned with on the ice. Cameron Brace came over from the Danish League, where he had played two seasons with the Herning Blue Fox. Previous to that he had no professional experience, having played five seasons with the University of New Brunswick. His numbers in his time in the Danish league were outstanding and he has showed that the higher quality of play here in the SHL are not going to prevent him from trying to replicate those numbers. Coming into the game he had registered at least one point in all games this season and was well bent on continuing that streak. He registered a number of great chances in the game against Luleå and was finally rewarded. After Isac Brännström pulled Luleå back within one, Brace broke out on a breakaway and with three Luleå players on him, floated a beautiful shot past Lassinantti to restore the two goal lead, which was enough for Oskarshamn as they would hold on for the 4-2 win. 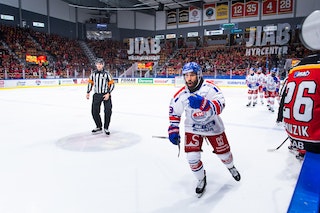 Karl Henriksson was drafted 58th overall in the 2019 NHL entry draft by the New York Rangers and was hoping that this season would be his chance to crack into the teams roster. Henriksson has spent the past few weeks in New York, taking part in the Rangers training camp, but unfortunately was not selected to join the team this season. Henriksson has now returned to Sweden and will continue to play with Frölunda.

– Definitely an educational trip. New impressions and new challenges to grow from, so it was fun to feel it, says Henriksson

Dominik Furch will be returning to the SHL. He last played with Örebro in the 2019/20 season where he played in 46 games games, registering a 2.26 GAA and a .918 SV%. He then returned the KHL for a single season with Dynamo Minsk, he had previously played five seasons in the KHL with Avangard Omsk. He started this season with HC Plzen in the Czech League. Furch will be joining Färjestad this season.

– It's going to be fun. This is a great opportunity for me to play in a good club in a good league. I remember when I was in Örebro, the matches in Karlstad were always fun to play with the atmosphere that was there. Really looking forward to it, says Dominik Furch.

Albert Lyckåsen has, unfortunately, not yet found his stride in the SHL, but is still young and is looking to improve his game. The 20 year old will be loaned from Linköping to BIK Karlskoga after just one appearence in the SHL this season. Last season he had 9 appearences with Linköping, but also spent time in HockeyAllsvenskan with Mora and HockeyEttan with Trånas.

– Albert continues the season with BIK Karlskoga in the Hockeyallsvenskan. It is a good opportunity for him to continue his development, says LHC's General Manager Niklas Persson

Fans in the Stands

This week saw the return of full arenas in the SHL. Swedens COVID-19 restrictions have been fully lifted and fans were excited to get back to full capacity this week.

– I have missed this. I went around the first 20 minutes with goosebumps on my body. With the help of the audience, we managed to turn this around. This was so damn fun, said for example Per Svensson after Timrå's victory against Luleå on Thursday. 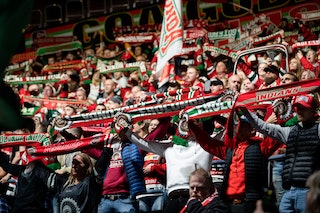