Team of The Week

This week saw the return of Djurgården as the struggling team from Stockholm were finally able to get back on the ice after missing nearly a month due to COVID protocols. Their last game was played back on December 30th and they were eager to get back on the ice with a new, but familiar, face back in the lineup.

Coming into Saturday afternoons matchup against Leksand, Djurgården had won just one game in their previous five. However, as previously mentioned, this would be their first game of the new year and a fresh face in the lineup was looking to help turn his team around. Dick Axelsson stepped back onto the ice for the first time this season after announcing his retirment from the SHL last year. The return of Axelsson has long been anticipated, having been announced weeks ago, and he was finally able to make his season debut on Saturday afternoon.

The first two periods of this game saw Leksand pepper the Djurgården net with 13 shots on target in both frames. Despite the heavy offensive pressure, Mantas Armalis stood tall and was able to turn away all 26 shots faced in the first two periods. Djurgården mustered a few chances of their own through the first forty minutes of play, but neither team was able to ripple the mesh as the game would head to the third period a scoreless draw.

Leksands offensive pressure finally paid off as Oskar Lang was able to beat Armalis with less than two minutes elapsed in the final frame of regulation. However, Djurgården would answer right back. None other than Dick Axelsson would feed the puck to a streaking Jonathan Lekkerimäki as the 17 year old would make a beautiful move at the blue line and bury the game tying goal with just over five minutes gone in the the frame. Despite multiple chances from both teams, that would be the last of the offense we would see in the third period as overtime would be needed to find a winner in this one.

The overtime frame was fast and wild as both teams produced multiple chances. Leksand managed five shots on target and Djurgården matched with four of their own. However, neither goalie budged as all nine shots in the frame were turned aside and a shootout would be needed.

The shootout saw much of the same from both goaltenders as just a single shooter would score and that was Filip Cederqvist for Djurgården, claiming an extra point for his team and securing their first win since December 26th.

With two games in as many days it was tough return for Djurgården as they were hoping their legs would be fresh enough to build off the momentum from Saturday afternoons victory. Sunday saw them facing off against Oskarshamn, a team that was also playing their second game in two days and were also coming off a big 7-4 victory over Frölunda.

Unlike their Saturday matchup, this game was all Djurgården right from the get go. The hero of the shootout in the previous game, Filip Cederqvist, opened the scoring in the first frame and American Paul Carey would increase the lead to two in the second period as Djurgården would carry the 2-0 lead into the final frame of regulation.

Dick Axelsson also came away with two primary assists in this game, giving him three points in his debut weekend and helping propel his team to victory. 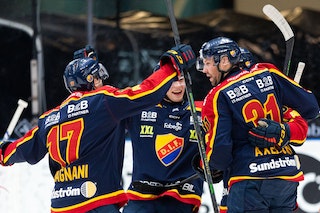 Tim Söderlund will be returning to the SHL as Djurgården continues to bolster their roster with fresh faces. Söderlund has spent time over the past two and half seasons in North America playing in the AHL and ECHL. He also spent time in HockeyAllsvenskan last season with Almtuna.

– We get a skating, strong player who is offensively skilled and who has great qualities in the attacking zone. Tim is also a great Djurgårdare and has always had a desire to play here at Hovet in our colors, says Djurgårdens acting sports director KG Stoppel.

The contract is valid through until the end of this season.

Henrik Törnqvist has signed an extension with Linköping this week. The 25 year old has spent the vast majority of his junior and professional career with the Linköping organization. The two exceptions being a stint with Karlskrona in 2017/18 and a season with Timrå in 2018/19.

– Henrik has made the journey we hope that the players will make when they are in our business. He came as a shy 15-year-old from Motala and has worked all the way to become a thoroughbred professional in all situations. He has built on his experience and has grown into a player who can play both attack and defense and who we can always trust, says Linköping's head coach Klas Östman.

The new deal will se Törnqvist remain with the team for an additional three seasons. 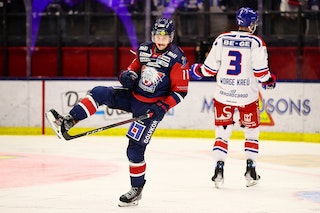 Lang time Djurgården defenceman Tom Nilsson will be staying with the club after signing a new contract this week. The 28 year old has spent the last five seasons with the Stockholm team and will now remain there for another two seasons.

– We are very happy about this extension of two new years. Tom is basically Djurgårdare with a heart that beats for the shield. He has been here for a number of years and is an important piece of the puzzle to build on for the future, says Djurgården's acting sports director KG Stoppel.

– Lian is an extremely talented player who has a wide range of qualities. I like his size and mobility. He plays physically and is not afraid to hold on to the puck and play creatively. It will be extremely exciting to follow Lian's continued journey and development with us at Leksands IF, says the club's GM Thomas Johansson.

Bischel is eligible for this summers NHL entry draft and is expected to go late in the first round or early in the second.

Like Bischel, Theo Lindstein has signed a senior contract with Brynäs. Lindstein made his SHL debut this season and has appeared in ten games so far.

– Theo has taken great strides and continues to take further steps in his development. We see a great future in Theo and signing a contract with him has been important for us. I am happy that we now have a contract that applies this season and then two more seasons, says Brynäs sports manager Johan Alcén. 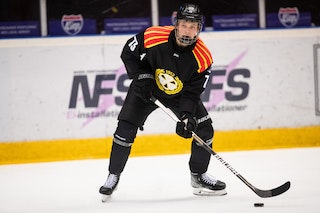 Oula Palve has been given a contract extension by Brynäs this week. The 29 year old Finnish centre came to the SHL last season for Linköping but moved to Brynäs about halfway through the year.

– When I first came here, I was in something of a dark period. I did not appreciate hockey and did not feel happy. But when I came to Brynäs I had to sit next to Alcén in the dressing room and it was like a fresh start for me. I started to like hockey again and thought it was fun to get to the rink. Now that he is sports director, it feels great to be able to give back and play for him, Palve says to the club's website.

Palve currently leads Brynäs in points with 7 goals and 19 assists in 33 games played. The new contract will see him remain with the team until 2024.

– Great fun to be able to welcome Nick. We get a right-handed forward who will help us in the offensive game. What stands out in Nick's game is his speed and ability to read the game. We think that Nick is an interesting player for the future as well and it will be exciting to follow him in our environment, says Örebro's sports manager Niklas Johansson.

In 25 games played in Finland, Halloran scored 7 goals and added an additional 10 assists. The contract is valid until the end of this season.