With the past week behind us, we take a look at player and personnel moves within the league. The big news this week includes a Swede coming home, NHL contracts and The Redhawks recruit from North America.

The Malmö Redhawks have signed Finnish forward Kristian Vesalainen. The 22 year old was the 24th overall pick by the Winnipeg Jets back in 2017 and has spent the past four seasons with them and their AHL affiliate. He will now be returning to Europe next season on a one year deal with Malmö.

– Kristian is a player I followed for many years and I had the privilege of working with him very early in his career. After a few seasons in North America with NHL hockey, he now chooses to return to Europe to develop into the player he can become, says Malmö's sports director Björn Liljander.

Vesalainen previously played in the SHL with Frölunda. He also played with their J20 SuperElit team from 2015-2017.

HV71 continues to bolster their roster for their return to the SHL, this week they recruited a pair of players. Joni Ortio and Lucas Elvenes will be joing the club for the start of the new season.

Goaltender Ortio has an impressive resume that includes 37 appearences with the Calgary Flames, two season with Skellefteå and three seasons in the KHL where he spent the past two years with Barys Nur-Sultan.

– Joni has for many years shown that he is a top goalkeeper in Europe with a high minimum level and impressive evenness. He has experience from the SHL before and will, together with Jonas Gunnarsson, form a goalkeeper pair that gives us security and stability, says Kent Norberg. 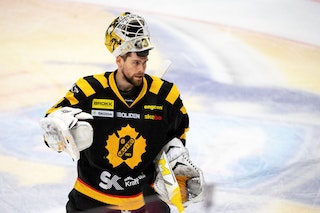 Lucas Elvenes is also no stranger to the SHL, having come up through the Rögle organization and playing two full seasons with the big team before moving to North America for the past three seasons. The 22 year old spent time in the AHL with Chicago, Henderson and San Diego.

– Lucas is a very promising player who has built up a lot of experience during his years in North America. We will get a player who likes to challenge with his creativity, speed and fine skating. It will be exciting to see him in the SHL again, says HV's sports director Kent Norberg.

HV71 also lost a player this week as Canadian Myles Powell will be making a lateral move and joining Oskarshamn for next season. The 27 year old had an impressive debut season in Sweden last year scoring 17 goals and adding 27 assists in 40 games played with Västervik and HV71 in HockeyAllsvenskan.

– I liked living and playing in both Västervik and Jönköping, where I was last year. I like southern Sweden in general. Regarding the decision to come to Oskarshamn: It feels like the right environment for me. I look forward to starting the season and showing what I can do, says Myles Powell to Oskarshamn's website.

That wasn't the only pick up Oskarshamn made this week as they have also recruit Finnish defender Juuso Riikola. The 28 tear old has played 80 games with the Pittsburgh Penguins and spent most of last season with their AHL affiliate

– I see myself as a puck-moving defender who likes to shoot from the blue line. I would say that I am quite well rounded and like to play both powerplay and PK. It will be fun to start the season and play in a city and a community that breathes hockey, says Riikola.

LHC was making moves this week, picking up a pair of players as they have recruited defender Oscar Fantenberg and forward Markus Hännikäinen.

Fantenberg has 124 NHL games under his belt with LA, Calgary and Vancouver. He spent the past two seasons in the KHL playing with SKA St. Petersburg. He also represented Sweden at this years Olympics. He has signed a four year deal with Linköping.

– I felt that I wanted to go home to be with family, so it feels good to have signed a longer contract. I have had a great chat with "Pajen" and Klas who I know from before and got a good feeling, says Fantenberg to the club's website. 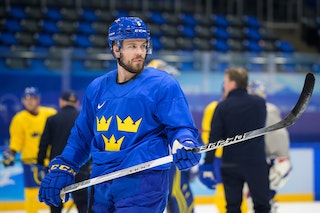 Hännikäinen also has NHL experience on his resume, having played 91 games with Columbus. He split his time last season between Jokerit in the KHL and Adler Manheim in the DEL.

– I look forward to coming to Linköping. I have heard very good things about the association, the fans and the city, so it was a pretty easy decision to make. We want to get back to the playoffs and I want to be part of that journey, says Hännikäinen

The contract is valid for the next season.

Linus Karlsson, who was this years SHL rookie of the year with Skellefteå, has signed an entry level contract with the Vancouver Canucks. He will be joining fellow Swedes and former SHLers Elias Pettersson and Nils Höglander.

Filip Roos, who also spent last season with Skellefteå, has signed a two year entry level deal with the Chicago Blackhawks. This past season was the 23 year olds first season in the SHL after spending the previous two seasons in HockeyAllsvenskan.

Marcus Björk, who has spent the past four seasons in the SHL with Örebro, Malmö and most recently Brynäs has signed with the Columbus Blue Jackets and will be starting next season with their AHL affiliate. 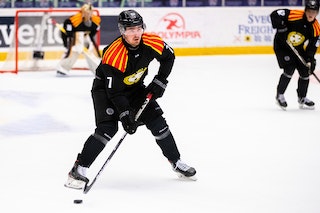 The final move of the week concerns off ice news as Timrå have announced they have found a new General Manager, hiring finn Kimmo Kapanen. Kapanen should be familiar to Timrå fans having been the goaltender for the organization from 2001-2005.

– I am really happy and grateful they chose me for the role and will accept this new challenge with humility. Shouldering the mantle after Kent Norberg is not easy, but I will do my best to create new historical moments, says Kapanen.