With the past week behind us, we take a look at player and personnel moves within the league. News of note this week includes Färjestad gaining a goaltender, Skellefteå bolsters their blue line and a young Swede signs an NHL contract.

HV71 continues to gear up for their first season back in the SHL. This week saw the team from Jönköping sign 31 year old Joonas Nättinen. The Finnish forward was a draft pick of the Montréal Canadiens back in 2009 and appeared in one game with them. He also spent three seasons with their AHL affiliate. After his stint in North America he signed with MoDo for a single season before returning to Finland. Most recently he has spent the past four seasons in the KHL with several teams, most recently Severstal Cherepovets .

– A strong right-handed player who can be used both as a center and forward. Joonas plays with a smartness all over the course and has valuable routine from the big matches. We are happy that he chooses HV71 as his next club, says HV71's sports manager Kent Norberg.

19 year old Isak Rosén has signed an NHL contract. He was selected 14th overall in last summers NHL entry draft by the Buffalo Sabres and will start next season with their AHL affiliate, the Rochester Americans. The young forward is a product of the Leksand organization, having come up through their junior program and appearing in 51 games with the big team, including 28 this past season. 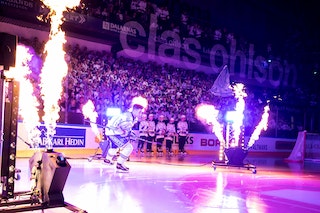 Skellefteå will be getting a familiar face back in the lineup next season as Arvid Lundberg with be returning to his hometown once again. Lundberg has spent his SHL career bouncing between Skellefteå and Växjö, having spent four seasons with the Lakers, including this past season, and will be returning to Skellefteå for his sixth season with his hometown team for the upcoming year. He also has two Swedish Championships under his belt, one with Skellefteå in 2014 and one with Växjö in 2018.

– It feels fun to sign Arvid. A good and experienced player that we know what we can get out of him. Hopefully he can contribute even more offensively than he did before. It feels like a good piece of the puzzle that gives stability to our backside, says Skellefteå's GM Erik Forssell

The contract is valid for next season.

The team from Karlstad were the most active this week with player signings as they recruited a trio of players to their roster.

Marcus Westfält, a late pick by the Philadelphia Flyers back in 2018, will be joining the squad. The 22 year old center came up through the Brynäs organization and appeared in 50 games with the big team over two seasons. He has spent the past three seasons in HockeyAllsvenksan playing with Västervik, including wearing the "A" this past season.

– Marcus is a pure center that has a good sense of play and takes great responsibility. As I said, he comes most recently from Västervik in the HockeyAllsvenskan, and we think he is at a good age where we believe he can develop into an important piece with us for a number of years to come, says Färjestad's sports director Rickard Wallin.

The big pick up for Färjestad this week comes in terms of a new goal tender as Matt Tomkins has signed a two year deal with Färjestad. The 27 year old Canadian made a big impact in his first SHL season last year with Frölunda and also represented Canada at the Olympics.

– We looked quite early over the goalkeeper situation for next year, and Tomkins' caught our eye. When we then realized that he would not stay (with Frölunda), he became interesting to us. We like the ambition, he is at a good age and had a brilliant autumn in his first SHL season, says Wallin. 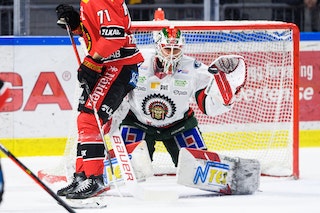 The final news of the week for Färjestad is their acquisition of Finnish defender Ville Pokka. the 28 year old has an impressive resume that includes a gold medal in the World Juniors, a Gargarin Cup with Avangard Omsk last season and gold medals in both the World Championships and Olympics this year. He has spent the past four seasons in the KHL with Avangard Omsk and also played 289 games in the AHL over four seasons.

– First of all, we are happy that Ville chose to come to Färjestad. Just as he himself says, he is a two-way back that has developed in the defensive direction. Of course we want him to contribute offensively, which we also believe will happen, says Wallin about Pokka.

The contract is valid through next season.