With the SHL finals underway we take a look at the action from game one and preview game two. We also recap player moves that have happened in the last seven days.

After beating Rögle in six games, Färjestad joined Luleå in the final series as the two teams compete for the Le Mat Trophy. Färjestad last won the championship back in 2011 and Luleå, having only ever won it once, is looking to break a drought that stretches all the way back to 1996.

Being the higher seed, Luleå has home ice advantage throughout the series and so game one took place in front of a packed house at Coop Norbotten Arena. The first period was fairly evenly matched as both teams came out flying. Despite multiple chances from both teams in the opening frame, we would not see any scoring until the final two minutes of the period. Per Åslund would quiet the hometown crowd with a shorthanded goal with exactly two minutes remaining in the period. Undaunted, however, Luleå would answer back on the same powerplay as Jack Conolly would ripple the mesh 65 seconds later and the game would head to the first intermission all tied at one.

The second period would be fairly quiet on the score sheet as both goaltenders turned away all the shots they faced and kept the tie intact heading into the final frame of regulation. The third period, however, would see a few goals.

It wouldn't take long for the hometeam to get the fans out of their seats as Julius Honka gave Luleå their first lead in the series just 49 seconds into the frame. Einar Emmanuelsson would make it a two goal lead less than a minute later and Luleå wouldn't look back. A third and final goal in the frame from Juhani Tyrväinen would seal the deal and Luleå would come away with a big 4-1 victory to take a one game lead in the series. 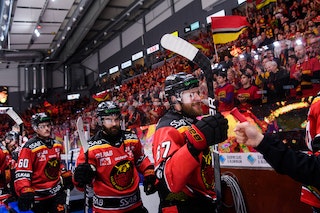 Game two gets underway tonight in Karlstad as Färjestad will be looking to tie the series at one game apiece. Puck drop is at 7:30

Oskarshamn continued to bolster their roster this week as they added Finnish forward Ahti Oksanen. He spent this past season with Mountfield HK in the Czech League. He also spent has spent time in Liiga, the KHL and played four years for Boston University.

– I'm glad I'm getting a chance in the SHL. It's a big dream for me. Considering what is happening in Europe and the KHL right now, it can be said that the Swiss and Swedish leagues are the two best leagues in Europe and so this is a great chance. After talking to our coach, Martin (Filander), it was a little surprising how well the two of us clicked, says Oksanen.

The contract is valid for the next two seasons.

Manuel Ågren has made a move to a new SHL team. The 28 year old has spent the last three seasons with Djurgården but, due to injury, he did not play a single game this past season. He is hoping to get back on the ice next season, this time with the Växjö Lakers.

– Manne is currently in a long rehab period after an injury during the beginning of last season. When that rehab is over, we will have a very useful player who contributes in most respects in the game. Skating is his quality that stands out the most, but most of the qualities he has are good, says Växjö's sports manager Henrik Evertsson.

Linköping made a new aqcusition this week, signing Sebastian Strandberg to to a two year contract. Just like Ågren, Strandberg has spent the last few seasons with Djurgården, but with their relegation, was looking to stay in the SHL.

– I have had a good chat with "Pajen" (Niklas Persson, GM) and Klas (Östman, head coach). I think it feels like an association where the arrows point upwards and I am very interested in being on the journey that will take us forward here, says Strandberg to Linköping's website. 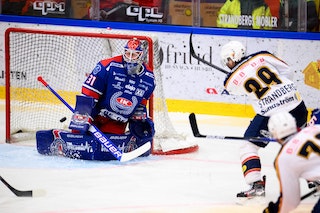 Timrå has recruited a Swede from the KHL as Jakob Stenqvist joins their roster for next season. He played 31 games with Servestal Cherepovets this past season, before that he was with Ässat in Liiga. Despite being Swedish he has only ever played in two SHL games back in 2017/18 and will be looking to put together a full season next year.

– It feels very fun to come home to Sweden again after a few years and to represent Timrå. I have heard very good things about the organization and the team and it feels like it is a very interesting team building in progress and it will be fun to be a part of it, says Stenqvist to the club's website

Örebro has recruited a young prospect from HockeyAllsvenskan as they have signed 24 year old William Wikman. Wikman has spent the past four seasons with Västerås and had a brief appearence in the SHL with Leksand back in 2016.

– William is a player we have followed for some time and we are happy to welcome him to Örebro. We like Williams' character and the hard work he contributes every day. William is at a good age and it will be exciting to follow his continued development in our environment, says Örebro's sports director Niklas Johansson

Just like Ågren and Strandberg, Filip Cederqvist has decided to part ways with Djurgården and has signed a one year deal with with Leksand.

– In Filip we get a powerful player who possesses a good sense of play, good skating and an ability to score goals. Filip is strong on the puck, likes physical ice hockey and wants to reach goals both with and without the puck, says Leksand's GM Thomas Johansson.

Brynäs has bolsted their roster with a Finnish import and Olympic gold medalist this week. Hannes Björninen has signed on with the team from Gävle. Save for this past season, where he played with Jokerit in the KHL, the 26 year old played his entire career with the Pelicans in Liiga. He was also their captain for three seasons.

– In Hannes, we get a two-way center with strong leadership qualities, merits at the national team level and a player of the highest class. He is in the middle of his career and comes to us to take the next step, says sports director Johan Alcén.

The deal is good for the next two seasons.

Frölunda has bolstered their blue line with a new young prospect. 20 year old Pontus Johansson will be hoping to be a mainstay on the backend for Frölunda next season. He spent the last season with Djurgården, appearing in 25 games.

– He is a young skate- and game-skilled defender that we have been aware of for many years. He is an exciting player that we have high hopes for, says Frölunda's sports manager Fredrik Sjöström. 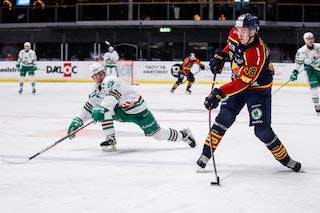