Elias Pettersson is on a historic pace for a junior in the SHL. A prospect that has Canucks fans excited for the next generation of Swedish talent to wear the green and blue.

From a young age Elias Pettersson fell in love with hockey and never looked back. Even in his very first hockey game at the young age of five he scored a hat trick, which was captured on home video by his father watching from the stands. That love for the game would soon turn in to obvious talent and that talent would put him on the path to his dream of one day playing in the NHL.

Projected to go 9 th overall in the 2017 NHL entry draft Elias Pettersson jumped up 4 spots and was selected 5 th overall by the Vancouver Canucks, a pick which surprised many and was met with mixed feelings in Vancouver. However, with his success this year in the SHL, that trepidation has turned to pure excitement among the Vancouver faithful, even Pettersson himself had trouble putting in to words the emotions he felt walking up to that stage.

– It was amazing, I didn’t know where [I was] going to get picked… I knew [the Canucks] were interested in me and I had a good chance of going there, but I had no idea. But when they called my name it’s a feeling I will never forget. 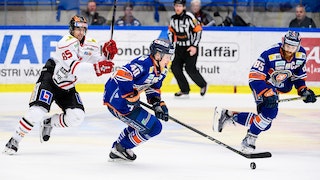 Growing up in Sundsvall Sweden, about 4 and a half hours north of Stockholm and hometown of Detroit Red Wings legend Henrik Zetterberg, he played for the Timra organization throughout his youth years where he developed his skill as a gifted forward. Playing for the J18 Timra organization he notched 65 points in just 40 games. Although he struggled in his first season of professional hockey with Timra in HockeyAllsvenskan (the second-tier professional league in Sweden), he found his stride last year, potting 19 goals and 22 assists, the most by a junior in the league, in 43 games. His offensive talent carried into this season and has many around the NHL talking about him as the next young Swedish superstar. Even Pettersson himself is surprised at how well he has done in his first SHL season.

– I didn’t think I would [score] this many points… but I’ve been working hard to be the player I am today and I will continue to work hard to become the player I want to be… always trying to get better every single day.

As a future Canucks prospect, he is aware of the Swedish talent the team has seen throughout the years. Names such as Naslund, Ohlund, Edler and Sedin are recognizable to every fan of the green and blue and to know he’s being looked at as the next big Swedish player to come to the Pacific Northwest he’s excited to try and fill those shoes.

– I look positively on [the opportunity] because many Swedish players have made it and have had a good career in Vancouver, so I’m looking forward to it. 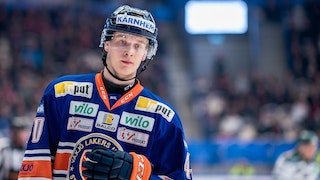 Pettersson is not the only prospect fans are excited about, many are saying that the Canucks prospect pool is the best they’ve seen in years, perhaps even the best ever. Brock Boeser, Jake Virtanen, Jonathan Dahlén, Thatcher Demko, jus to name a few, have a lot of people excited about the future of the organization, Pettersson included.

– To see Brock and Jake doing well… and hopefully me and Jonathan can do good in a few years… we’re very excited for the future.

Besides his obvious talent, speed and soft hands one concern has been raised by many fans, his size. Standing over six feet tall he has the height, but he weighs in at just over 160 pounds. In the SHL his light weight has allowed him to be quick and agile, moving around the bigger players in the league with ease, however the NHL is much more physical, and his light weight could put him at a disadvantage, something Pettersson acknowledges.

– Play wise, and the technical stuff I feel ready, but not the physical stuff, but I’m working on that everyday… more battles, more physicality, that will be the biggest adjustment [to make]. 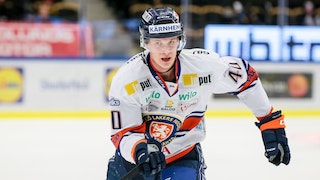 Despite his success so far this season he remains humble and realistic about his expectations for the future and although playing in the NHL would be a dream come true, it’s not something he wants to rush in to.

As is the Swedish tradition, his reserved attitude and shy demeanour during the interview gave him an air of humility, but it wasn’t hard to tell that this young man is very excited for the next step in his hockey career. He’ll have plenty of fans eagerly awaiting the first time he slips the Orca over his head and steps out on to the ice as a Vancouver Canuck.