With the past week behind us, we take a look at player and personnel moves within the league. This weeks highlights include a familiar face returning to Skellefteå, a retirement announcement and another SHL player signs with the Vancouver Canucks

Skellefteå fans will be happy to see Andreas Wingerli back in the lineup for the upcoming season. The 24 year old tested the waters in North America this past season, playing in the AHL with the Avalanches affiliate the Colorado Eagles. In 64 games played he scored 10 goals and added 12 assists but never got the call up to the NHL. Wingerli is a product of the Skellefteå organization, having come up through their junior program and will be going into his seventh season with the big team.

– Wingerli is a guy who will contribute both on and off the ice. He is a player who is important in both the defensive and offensive game, and plays both the penalty kill and powerplay, says Skellefteå's GM Erik Forssell.

Mattias Ritola has decided to hang up his skates as he announced his retirment this week. The 35 year old played ten season in the SHL with a total of 324 games played. He also spent four seasons in North America bouncing between the AHL and NHL with Detroit and Tampa Bay. He spent the last six seasons with Leksand but he also played with MoDo and Skellefteå during his time in the SHL

– I am incredibly grateful for everything I have experienced during my career, and for all the support that I, and all the teams I have played in over the years, have received. Of course, there have also been many difficult moments during my career, but when I remember back to the advancement to the SHL with Leksands IF and the celebration together with all the wonderful supporters, I feel an incredible gratitude and pride, says RItola.

Ritola won't be fully leaving the league however as he will be joining Leksands player development department. 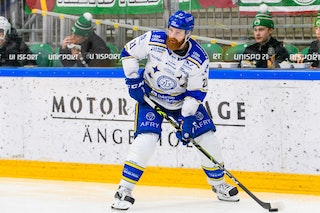 HV71 have recruited Andy Miele. The 34 year old American is not a stranger to the league, having played 39 games with Malmö and 7 with Växjö back in 2017/18. He spent the last three seasons in the KHL with a brief appearence in the NLA this past season. He was also captain of team USA in this years Olympics.

– Andy is a very skilled center who has scored a lot of points throughout his career and who will give our offensive an additional dimension, but also contributes with hard work and is tough in the melee game. He is a natural leader both on the ice and in the locker room and we are happy that he chooses HV71 as his next club, says HV71's sports director Kent Norberg.

The contract is valid for the upcoming season.

Max Lindroth has made a lateral move this week as he announced his departure from Linköping to join Färjestad. The 25 year old defender has played his entire SHL career with Linköping but will be suitting up for Färjestads blue line in the fall.

– Max is a defender with a number of seasons in the SHL under his belt and who is looking for a new environment. We feel that there is an ice age to compete with us given the injuries we have on the back side (Westin and Wikstrand) where we do not want to go into a season and be susceptible to injury from the start. We think that Max is a strong skater first and foremost, but also has other qualities that he should be able to take advantage of and develop together with us, says Färjestad's sports director Rickard Wallin. 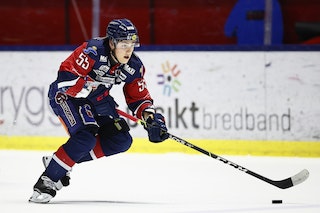 Leksand was the busiest team in a quiet week of movement around the league as they have recruited a pair of players. Marcus Karlberg and Kalle Östman have been added to the roster for the upcoming season.

Karlberg is returning to Leksand IF and his hometown after having been a long time member of their junior organization. He spent the last two seasons in HockeyEttan and HockeyAllsvenskan.

– It's great that Marcus is back in Leksands IF. We have lost a lot of players and needed to review our numbers, and bring in players who agree to take roles far down in our hierarchy. Mackan is a Leksand boy from the ground up who possesses good speed and can score points, says Leksands GM Thomas Johansson.

Östman is also a product of the Leksand junior program and spent the last 3 seasons playing with Malmö and Djurgården.

– Kalle is an incredibly wonderful character. He possesses a sharp sense of play, he is a good skater and a skilled passer. Kalle also has a work ethic and competitive instinct that really stands out, says Leksand's GM Thomas Johansson.

The Vancouver Canucks have recruited another young SHLer as Filip Johansson has signed an entry level deal with the Canadian team. The 22 year old was drafted 24th overall by the Minnesota Wild in the 2018 NHL entry draft and has played with Frölunda for the past two seasons.

– A dream. I have had a good development during my two seasons in Frölunda and it has of course helped, says Johansson about the NHL contract.

Johansson will be staying in Sweden next season, however, as he will be loaned to Frölunda for the time being. 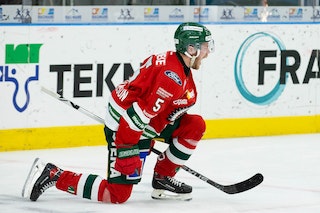