With the SHL finals underway we take a look at the action from the games this past week. We also recap player moves that have happened in the last seven days.

With the LeMat trophy on the line, the final series between Luleå and Färjestad has been tight and intense. Luleå came into the week with the one game lead, but a home and home back to back game two and three on Monday and Tuesday would see Färjestad show life. After losing 4-1 in game one, Färjestad answered back with a big 4-0 shutout win of their own on Monday night. Dominik Furch would turn away all 24 shots he faced in the game and helped Färjestad even the series at one game apiece.

It was a quick turnaround as both teams travelled back to Luleå for game three less than twenty four hours later. Despite games one and two being lopsided victories for either team, game three proved to be a much tighter contest. It was a high scoring affair that saw both teams offence come alive and by the time the buzzer sounded on the end of regulation the game was tied 4-4. It was not a lengthy overtime, however, as Einar Emanuelsson would play the overtime hero, rippling the mesh just over four minutes into the extra frame.

The teams had a days rest between games as they traveled back to Karlstad for Thursday nights game four. Exactly like game three, game four was also a very tight contest that would need extra time and once again it was ended just over four minutes into the extra frame, however this time it was Färjestad who would score the overtime winnner off the stick of Jesse Virtanen. With the win Färjestad tied the series at two games apiece and continued the streak of the home team winning every game in the series so far. Something Luleå would be hoping to continue on Saturday.

Saturdays contest would not see an overtime frame, like the previous two games, as Luleå would control most of the game and came alive with a three goal third period. Joel Lassinantti would also come away with the shutout, having to only face 16 shots all game and turning them all aside. Luleå would come away with the 4-0 victory, giving themselves a chance to win the series in Karlstad tonight. However, as previously mentioned, all games so far in the series have been won by the home team. So Färjestad will be hoping to force a game seven back in Luleå on Thursday night. 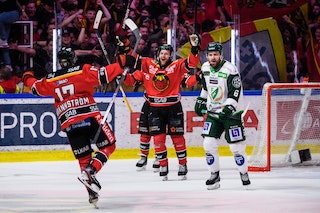 Rögle has made three big acquisitions this week as they look to bolster their roster for next season. Kim Rosdahl comes to them after spending the past two seasons with Oskarshamn. The 25 year old winger is coming off his best SHL season that saw him score 38 points (18G 20A) in a full 52 games. The contract is valid until 2024

– He really wanted to come here. He is an established player who has taken a step in his career and who wants to take even more steps now that he comes here. He is a goal scorer, is tall, has a good shot and we think he will fit perfectly in our way of playing, says Rögle's sports director Chris Abbott.

Rögle has also acquired young Theodor Niederbach from Frölunda. The 20 year old forward is a Detroit Red Wings prospect who was selected 51st overall in 2020.

– He is a young, exciting player who has taken steps in recent years. We are very happy that we get the opportunity to help him in the development and give him the chance to become a big part of our club. He is getting bigger and stronger and has an important summer ahead of him, says Chris Abbott.

The third and final pickup of the week for the team from Ängelholm is American Michael Kapla, who spent the past season with Skellefteå.

– Michael is an SHL defender who has proven himself at this level and who could actually be considered underrated. He has had a very good season up in Skellefteå and we have followed him for a couple of seasons. We have seen that he has taken step by step in his career and hope that he will continue to do so with us here in Rögle, says Chris Abbott. 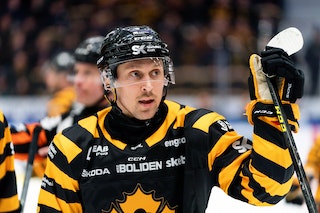 Brynäs also went out and made multiple signings this week, mainly on their blue line. Samuel Johannesson and David Sklenicka.

Sklenicka will be playing his first season in Sweden next year, having spent the past three years playing with Jokerit in the KHL. He also represented the Czech Republic in this years Olympics and has spent time in the AHL

– David is a two-way defender who has his best years ahead of him despite the fact that he already has great merits at both club and national team level. He is an esteemed team player who is ambitious in everything he does and is incredibly professional, says Brynäs sports manager Johan Alcén.

Johannesson is a young prospect who has come up through the Rögle organization who has already appeared in almost three full seasons with the big team.

– He is a puck-skilled defender with a great eye for the game and who has been one of the league's best in controlled playoffs during all his years in the SHL. Despite his young age, he has a fantastic calmness in his game, says sports director Johan Alcén.

Brynäs has also extended the agreements with defender Tom Hedberg and forward Oskar Kvist. Both have signed on for two new years.

Innala is a big pickup for Frölundas offence. The 24 year old has had great success with HPK in Liiga over the past four seasons and is performing well with Finland in this years World Cup.

– An intense and creative player with top qualities. He is at a good age and has made many productive seasons in the Finnish league, says Frölundas Sports Director Fredrik Sjöström.

The 21 year old Hasa also played last season in HockeyAllsvenskan. He scored 28 points in 52 games with MoDo. For Hasa, this is a return to Frölunda, as he played in the organization between 2015 and 2019.

– He's a skate-skilled all-round defender and a great guy. It was time to bring him home, says Sjöström.

Lucas Nordsäter has previously played in the SHL with Färjestad, Växjö and Leksand. Last season he also played in HockeyAllsvenskan, scoring eight points in 33 matches with Södertälje. The 23-year-old has signed a two year deal with Frölunda.

– A strong skating two-way defender. Lucas competes and plays a physical game, he will fit in well with us, says Sjöström.

One of the biggest announcements of the week is the return of Pär Lindholm to Skellefteå. Lindholm had previously signed a five year deal with Skellefteå at the end of last season, however he left to play in the KHL with Ak Bars Kazan this season. But he will be returning next year to resume his previous contract.

– It feels incredibly fun and inspiring. I look forward to next season. First and foremost a wonderful summer, but then being able to walk on ice in Skellefteå Kraft Arena again, with packed stands, is something I really look forward to, says Lindholm.

Lindholm has 106 NHL games in his career with Boston, Toronto and Winnipeg. 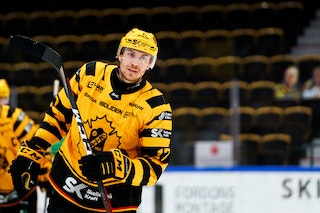 Linköping fans will be happy to see the return of Linus Hulström to their roster. Hultsröm spent his junior career with the organization and also played parts of five seasons with the big club. He has spent the past two seasons in the KHL playing with both Vityaz Podolsk and Metallurg Magnitogorsk.

– There has been something very exciting going on in Linköping during the season with Klas as head coach. I know some players in the team from before and it is very positive going on. I really want to be a part of that journey with Linköping, says Hultström

The new contract will see Hulström remain with Linköping until at least 2026.

A pair of SHL players signed NHL contracts this week as both Calle Clang and Adam Edström take the next step in their career.

Clang has signed a three year entry level deal with the Dallas Stars.

– It really is a dream come true, a goal I had for a long time so it feels fantastic, says Clang to Rögle's website.

HV71's stint in HockeyAllsvenskan lasted just one season as the long time SHL team will be returning to Swedens top league after defeating Björkloven 4-2 in the best of seven promotion series. They will also be returning with the Davidsson brothers on their roster.

– Both Marcus and Jonathan are extremely strong skaters and hard for the opponents to face. They are very skilled both on offene and defense and are strongly passionate about developing both as individuals and as a team, says Johan Lindbom, club director in HV71. 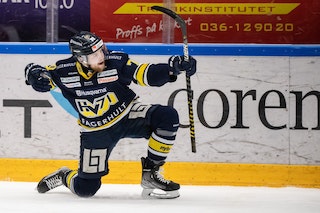