As we enter the final week of the off season, player movement has picked up as teams look to finalize their rosters before Saturday afternoon.

The Malmö Redhawks were involved in a trio of transactions this week that saw them lose a player and acquire two.

Adam Brodecki will be leaving Malmö and the SHL to play in Finland as he has signed with JYP. The 26 year old has spent the past 8 seasons in the SHL playing 334 games with Brynäs, Växjö, Linköping and Malmö. During his time in the SHL he scored 39 goals, added 64 assists and won the LeMat Trophy with Växjö back in 2018. This will be Brodeckis first time playing hockey outside of his home country. 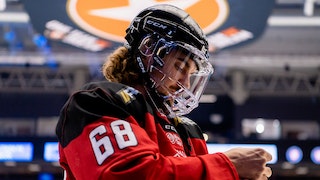 Losing a foward meant that Malmö was looking to find a new one, which they did in Jaedon Descheneau who signed a two year deal with the Redhawks this past week. The 26 year old is coming into his third SHL season and has shown growth and improvement over his previous two seasons. Last year he was the top scorer on Brynäs with 10 goals and 22 assists in 52 games.

– We have looked at a lot of players, but now we have found what we think is best. We are aware of his qualities on the ice, he has good speed, a sharp shot and he does not hesitate when it comes to sticking his nose in where it is hot, says sports director Patrik Sylvegård.

Malmö has also announce the signing of Canadian goaltender Leland Irving. Irvig has spent the past 3 seasons with Italian squad HC Bolzano. He has previous experience in Finland, Russia and North America where he played for the Calgary Flames and their AHL affiliate.

Skellefteå continues to bolster their roster with top talent as they have signed yet another player with NHL experience. Jayce Hawryluk joins the likes of Michael Kapla, Adam Mascherin and Tom Kühnackl as Skellefteås newest SHL rookie with North American experience. Hawryluk comes over from the Vancouver Canucks where he had 30 games played last season. He has previously played for the Ottawa Senators, Florida Panthers and their AHL affiliates.

– A good all-round player who we think masters many parts of the game. He has shown in the AHL that he can be a productive offensive player, but also has many good defensive qualities. He will be useful to us in many ways, says sports director Erik Forssell.

Despite acquiring a number of new top players this off season, Skellefteå has also lost a number of their stars from previous seasons including Jesper Frödén, Par Lindholm and Andreas Wingerli, among others. Skellefteå will be looking for their new top core to adjust quickly and keep them competitive.

The team from Stockholm also went out and found themselves an NHL player this week as they announced the signing of Marcus Sörensen. Sörensen spent part of last season with Vita Hästen in Hockey Allsvenskan, scoring an incredible 11 goals and 13 assists in 14 games. Previous to that he was a mainstay on the San Jose Sharks roster for a couple of seasons. In 226 NHL games he scored 31 goals and added 33 assists. Sörensen previously played with Djurgården for four seasons, even helping them gain promotion to the SHL in 2014.

Sörensen was a heavily sought after free agent among multiple leagues throughout Europe and North America. when asked about why he made the decision to return to Djurgården Sörensen said:

– Because I wanted to have fun again, feel the joy of hockey and that the family can move home and have some security.

The contract is also a big one as Sörensen signed a four year deal with the club.

There was a number of other moves this week, mainly concerning players leaving their SHL clubs.

The only other player acquisition that happened this week was the signing of Petr Zamorsky to Örebro. The 29 year old defenseman from the Czech Republic previously played with Örebro from 2015-2017.

The Champions Hockey League continued this past weekend and Leksand is leading the way in their debut season. They have so far won all four of their games and currently sit second overall in their group due to the goal diffential between them and Fribourg Gotteron. In their four games so far Leksand has scored an impressive 15 goals and given up just 8. Frölunda also continues to do well as they currently lead their group with two wins, one overtime win and one loss.

The Växjö Lakers sit second in their group with two wins, one loss and one overtime loss. Rögle lost their top spot in the group after a tough loss to Redbull Munich on Saturday as the German team now sits ahead of them in first. It was Rögles first loss in their debut season and they now sit just one point back of Munich. Skellefteå is sitting third in their group after splitting their four games with two wins and two losses. 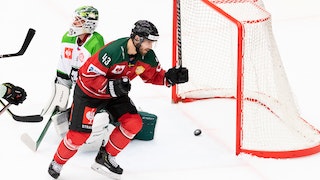 CHL action continues this weekend, however with the start of the SHL season there will be no Swedish teams playing in this weeks games.