Covid-19 forced new postponements of games, reducing the number of games. But we got a good chunk of hockey and here's what happened.

But two teams having had their games for the past few weeks postponed due to the same reason was however back in action; Djurgården and Linköping. Djurgården lost to the red hot Oskarshamn Tuesday while Linköping turned a 0-1 deficit to a 2-1 victory against Skellefteå. The two sides then met Thursday with Djurgården running away with a clear-cut 6-2 win, orhcestrated by William Eklund, who had two goals and added a helper to secure the win. Djurgården then fell 5-0 to Färjestad Saturday while Linköping continued their slump, losing 3-1 at home to Frölunda. 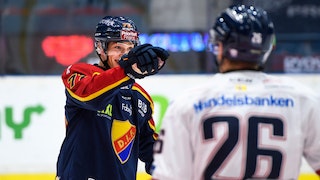 Speaking of Frölunda; They were the big winners of the week, getting nine out of nine possible points thanks to wins against Luleå (2-0 on Tuesday) and Färjestad (4-3 on Thursday) besides the win in Linköping. Växjö, Färjestad, Örebro, Skellefteå and Rögle all grabbed two wins out of a possible three. Luleå and Brynäs were the only teams playing who ended their week without any points. Both teams played two games, losing both in regulation.

Malmö Redhawks ended their slump with a vengance when Brynäs was on the receiving end of a bashing on Saturday. The Redhawks surged to a 4-0 lead in the first period and when it all was said and done, Malmö was victorious with a clear 7-2 margin. The Redhawks thereby ended a three game skid. However, this was only their second win in the past ten games.

Looking at the player performances of the week, Martin Johansson of Färjestad was the only player to notch a hat trick as he did so in the 5-0 win against Djurgården Saturday. His teammate Daniel Viksten became the first player to reach ten goals scored, quickly followed by Jesper Frödén of Skellefteå. Viksten (2-4--6) also ended up with most points in the week together with Ponthus Westerholm (1-5--6) of Malmö. Martin Johansson had five points in the week, all of them being goals, putting his total to seven goals. 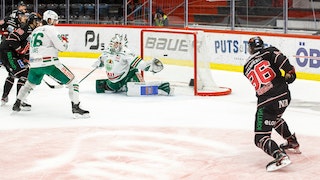 Robin Kovacs in Örebro is on a four game goalstreak and has now scored seven goals in his past seven games. With seven goals in 15 games, he is now more than half way to his personal best of the 13 goals he scored playing for Luleå in 2017/2018.

On the goalie side of things, Henrik Haukeland was the only goalie to stop every shot he faced during the week. Haukeland came on in relief of Arvid Holm on Thursday with his team being down 4-1 in what ended up being a 4-3 loss. He then followed that performance up by shutting Djurgården out in the 5-0 win on Saturday. The only other goalies to post shutouts in the week were Christoffer Rifalk (Rögle) and Johan Mattsson (Frölunda). No goalie except for Niklas Rubin (3) has posted more than one shutout during the season so far. 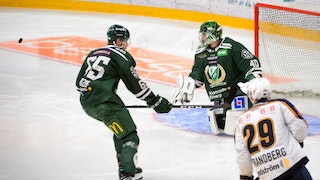 Getting back to Örebro, defenseman Kristian Näkyvä made his comeback after having gone through and recovered from testicular cancer. Näkyvä crowned his return by scoring in his second game back with the team.

On Sunday afternoon, Djurgården announced they've signed US/Iranian forward Rhett Rakhshani to a deal through this ongoing season, meaning the 32-year-old returns for a ninth straight season in the Swedish top tier league. Rakhshani has previously played for HV71, Växjö Lakers, Linköping, Malmö Redhawks and spent the last two seasons with Frölunda. In 343 regular season games in the SHL, he has 90 goals and 138 assist for 228 points, thereby averaging 0,66 points per game. He is a two-time Swedish Champions and has two Champions Hockey Leauge titles to his name as well as a U18 World Championship gold medal.