With the past seven days behind us we take a look at individual player news and you can check out the top goals and saves from around the league!

There is no team of the week this week as the league was on break and we had just one game played over the past seven days. Linköping was able to come away with a big 6-2 victory over Oskarshamn back on Monday evening.

Despite the lack of games this week, we still had lots of movement around the league as far player movement is concerned.

Frölunda got a boost on their blue line this week as Andreas Borgman and Matias Norlinder will be joining the team. Borgman last played in the SHL for HV71 back in 2017 before moving to North America. He spend time with the Toronto Maple Leafs, Tampa Bay Lightning and their respective AHL affiliates. Matias Norlinder also announced his return this week. He split 12 games in North America between the Canadiens and their AHL affiliate. The 21 year old was drafted 64th overall in 2019s entry draft.

– It is very gratifying news that Mattias will return. We have had to be patient in this process, but it has been worth it, says Frölunda's sports manager Fredrik Sjöström.

Frölunda have locked up Borgman to a long contract, one that will see him remain with Frölunda until 2026.

– We have hunted him for many years and now the opportunity arose. A strong two-way back who can play many minutes for us. He will be a key player for us, says Fredrik Sjöström.

More news from the Frölunda blue line came out this week as it was announced they have signed Filip Johansson to a new contract. The 21 year old will remain with Frölunda until 2024.

– It is a promising young defender that we want to continue working with. He has taken steps, there is more to pick up and he fits in with us, says sports director Fredrik Sjöström.

Johansson was selected 24th overall by Minnesota back in 2018.

Oskarshamns Patrik Karlkvist is one of this seasons breakout stars as the 29 year old is in his first SHL season and is putting forth an incredible performance so far. So it's no surprise that Oskarshamn has inked him to a new deal that will see him remain with the club until 2024.

– We are very happy that "Karla" chooses to extend with us. Such an extension shows that we do good things in the association and that it is an attractive place to grow and develop, says Oskarshamn's sports director Thomas Fröberg to the club's website.

After spending the majority of his professional career in HockeyAllsvenskan, Karlkvist has put up 17 goals and 13 assists in 27 games this season. 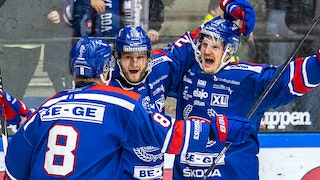 Karlkvist wasn't the only news coming out of Oskarshamn this week as Johan Alm has returned from injury after missing all of last season.

– We know what Johan could do before he was injured and I look forward to seeing him pick it up again. He has done his rehab and is ready for the SHL again. We felt that we needed to replace Larsen and at the same time avoid becoming vulnerable on the back end. I am happy that Johan is coming to us and that he is also ready for next season, says Thomas Fröberg.

The Lakers have boosted their forward roster with the addition of Joel Kellman.

– We have been short on people on the forward side for a while now, so it feels extra good that we sign Joel. We get a center that in previous teams has done very well at a high level. Joel's way of playing fits in well with us. A skilled player who works hard, says Växjö's sports manager Henrik Evertsson.

Kellman has spent the last two seasons with the San Jose Sharks organization, playing 38 games in the NHL and 54 games in the AHL.

– It felt like it was time to go home again and then Växjö suited me perfectly. A club with high ambitions, says Kellman to the Lakers website.

– Fredrik is a Stockholm guy who was raised in Djurgården and who has played in both our youth teams, junior teams and men's teams before. His profile with the attitude, speed and character he has is right for us, comments Djurgården's acting sports director KG Stoppel.

– In Linus Andersson we get a player with good skating. He should, and wants to, use his shot and has a good size that he is happy to use. He will also add aggression, which suits our style of play very well, says Leksand's GM Thomas Johansson.

Peter Holland has announced his departure from Djurgården. The 30 year old American was in his first SHL season and racked up six assists in 15 games played.

Viktor Andrén has also announced his departure from Brynäs.

– Viktor has expressed a desire to move on to a club where he can get more playing time and we do not see that we can offer this with us right now. We wish him good luck in the future and thank him for his time here with us, says Brynäs sports manager Johan Alcén to the club's website. 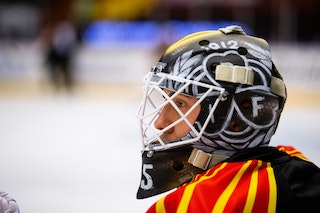 The final news of the week concerns a pair of young players signing big team contracts with Örebro. Both Simon Forsmark and Milton Oscarson have signed contracts that will see them stay with the club until 2024.

– It's great fun to sign a longer contract with Milton. We think he has done well in the SHL and he is really competing for playing time. Milton has made the whole trip from our U16 and it is of course extra fun when a guy from the region takes a place in the A-team, says Örebro's sports manager Niklas Johansson.

– We have always had a plan for Simon and he is a player that we see great potential in. Lately, Simon has played a lot in the SHL and dealt with it in a good way, Johansson says to the club's website.