Monday means a look back on the past seven days of news in the league. It was a quiet week in SHL player movement that saw just four transactions this week as teams finalise their rosters for the upcoming season.

The week kicked off with the Växjö Lakers losing one of their top forwards as Emil Pettersson announced he would be leaving to play in the KHL with Spartak Moscow. Pettersson had a fantastic season this past year with the Lakers as he posted 22 goals and 26 assists in 52 games played, finishing third in the league for points. He also had 2 goals and 5 assists in the post season as he helped the Lakers capture their 2nd championship in four years. 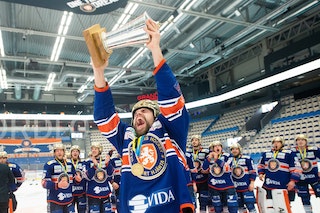 The only announcement of a player joining the league this week comes from Finnish center Mikael Ruohomaa who joins Leksand. The 32 year old spent the past three seasons in the KHL playing for Neftekhimik Nizhnekamsk and most recently Sibir Novosibirsk. In 165 KHL games he posted 31 goals and 85 assists. He previously spent his entire professional career playing in Finland.

Ruohomaa says "Both myself and my family are very much looking forward to living in Sweden, and especially in Leksand. We have heard that it is a small beautiful village to live in. Leksand has the loudest supporters in the SHL and are found all over the country, and I will do my very best to bring success to the community and all our fans. I see myself as a play maker out there on the ice, and Leksand has several good goal scorers in the team so my job will be to make sure I put them to work"

The final two moves of the week come from the Malmö Redhawks who say goodbye to a pair of players. After a dissapointing season that saw him score just two goals and add 2 assists in 40 games played, Victor Backman will be returning to Switzerland to play for his former team the GC Küsnacht Lions in the second tier league in Switzerland. He spent the last two seasons with the Lions organization, playing in both the second tier and top tier league in the country.

Malmö will also be losing Malte Setkov. The young Dane will be permanently joining AIK in HockeyAllsvenskan after being loaned to them this past season from Malmö. The 22 year old defenseman found success with them this past season, scoring 5 goals and adding 13 assists in 37 games played. 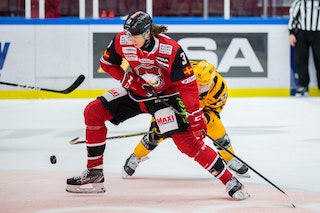