With the past week behind us, we take a look at player and personnel moves within the league. This weeks highlights includes the Lakers bolstering their blue line, another retirement and Frölunda welcomes back a familiar face.

Tom Nilsson will have a change of scenery this season as he leaves Djurgården and returns to Frölunda. The 28 year old defenceman left Frölunda in both 2014 and 2016, both times to play in the AHL in North America. Upon his return to the SHL he joined Djurgården in 2017 and has remained their for the previous five seasons.

– We choose to bring Tom in for one season. We need to widen the defence because the status of Borgman (Andreas) and Grönlund (Anders) is a bit unclear. We know Tom from before and have a good grasp what he's capable of, he has a defensive style that suits us, says Frölunda's sporting director Fredrik Sjöström

The contract is valid for the coming season.

Another week another retirment announcement as Mattias Sjögren has decided to hang up his skates at the age of 34. The captain of Rögle for the past three seasons, Sjögren has had a long and diverse career. He has played for three SHL clubs, however the majority of his time in the league was spent with Rögle, he also came up through their junior program. He had short stints with Färjestad and Linköping, he played two seasons in the AHL, two seasons in Switzerland and one in the KHL. He was Swedish Champion in 2011 with Färjestad and finished his SHL career with 439 games played.

– Basically, I feel that the body is not suitable for more games. I played with an injury last season and have felt during the summer that there is no difference when I train. It won't go away and I won't last playing at an elite level. The body says no and the head accepts it. It has sunk in these months after the season and I feel that I cannot continue playing, says Sjögren to Rögle's website. 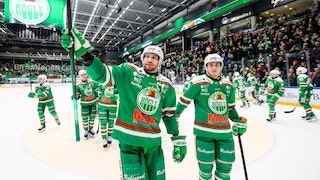 The Växjö Lakers have brought in some help on the blue line, signing 29 year old Keegan Lowe. A dual citizen of both Canada and the US Lowe spent last season with HC Bolzano in Italy. Previous to that he was a long time AHL player with a couple brief appearences in the NHL

– With Keegan, we have filled our back end. For the last spot, we've been looking for a defender who is defensively weighted and that's exactly what we get in Keegan. Being strong and defensive is his focus, he complements the other defenders in a good way. The agreement is written for 1+1 years, says Växjö's sporting director Henrik Evertsson

Filip Sandberg and Daniel Zaar have extended their contracts with Skellefteå and Rögle respectively.

Sandberg came to Skellefteå during the past season from TPS. The 28-year-old scored five points in 22 SHL games. Sandberg, who has played 331 SHL games, mostly with HV71, has signed a one year contract extension.

Daniel Zaar has signed a new four-year contract with Rögle. The offensively skilled forward began the past season in Torpedo Nizhny Novgorod, but then returned to Rögle. He scored 15 points in 16 regular season games and then eleven points in 13 playoff games. Before testing the waters in the KHL Zaar had spent the previous 3 seasons with Rögle as well and is likely to be a key part of their offence in the coming years. 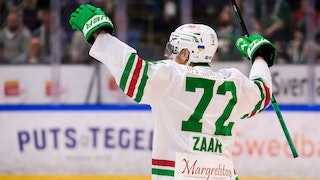