Returning for his fifth season in Linköping, Andrew Gordons is hopeful that a new style, a new coach and a young team will be the key to success for LHC this year.

Although Linköping got off to a solid start last season, the last half of the season took a turn for the worst. Injuries piled up amongst their key players, confidence was lacking and the insuing lack of success resulted in the team missing the post season for the first time in six years, and just the second time since 2003. With the memory of the dissapointing second half of last season still fresh in his mind, Andrew Gordon is optimistic about the new direction the team is taking this year.

– That was last year, it's history, that doesn't mean it has any indication of the future. We're taking a different route, the structure we had over the last few years hasn't gotten us the success we wanted. So we're sort of handing the reigns over to some younger guys, some untested guys and telling them this is their opportunity. Rather than leaning on a player like Derek Roy with all of his experience and all the things he could do, we're counting on some of the younger guys to step up. It's definitely a shift in mentality. We're counting on depth as opposed to one or two guys putting up 50 points, we need everybody contributing every night.

The big reason for the change of mentality and structure within the organization is due in no small part to the new leader of LHC behind the bench, Bert Robertsson. With 8 seasons, 6 finals appearances and 2 LeMat Trophies with Skellefteå, Robertsson has proved himself a coach that knows how to be successful.

Turning around a team that missed the post season and has not made it past the quarterfinals since 2015 is no easy task. There will be a lot of eyes and pressure on Robertsson this season, but Gordon says the positive change he has brought to the club is already noticeable.

Keep an eye on your team - to the tickets!

– Practices have been great. Berts mentality is outstanding, he's had so much success up in Skellefteå. He knows what it feels like to have a team come together and build a dynasty like they did up there. He's got a lot of experience not just in the game, but with success in the game. He's a winner, and he competes that way. He's demanding more of us than we've had demanded of us in the past few seasons. You can feel it in the room. There's some things we're saying to eachother and realizing. Some guys haven't had to work this hard before and it's an eye opener, but that's what he's about. That mentality and that focus and that desire to work and be your best is really infectious and you can feel it going through the roste. Guys are demanding more out of eachother on the ice. I really like the mentality, the direction he wants to take us in. He knows where we want to go and how we're going to get there, Gordon says.

The SHL has always been one of top producers of young talent in the world. Producing young skaters that find there way across the pond on a yearly basis is something this league does so well. Recent examples would of course be the 1st overall pick for Buffalo in Rasmus Dahlin. Calder Trophy winner Elias Pettersson, playing for Vancouver, and a plethora of other names that any hockey fan would immediately recognize. This upcoming draft class alone is expected to see Lucas Raymond (Frölunda J20) and Alexander Holtz (Djurgården J20) selected in the top five. Just two names out of a handful expected to be selected in the first round. 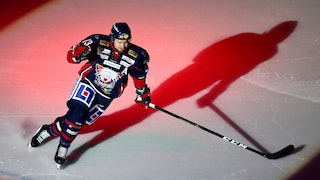 Although he's not Swedish himself, Gordon has certainly noticed the young talent coming up through the ranks in his time in the SHL.

– I've been really impressed with the skill level and smarts and the skating in this league. Coming from the American League you realize that everybody here can skate, everybody here is skilled, and these young guys are coming up and practicing and playing in an evironment where they have to compete at an extremely high level every night. They're putting themselves in a position to not just be a big fish in a small pond getting 100 points in a junior league that they're to good for. Guys are having to compete, and in that situation the cream rises to the top, the best young players surface and those are the guys that stand out, says a noticeably impressed Gordon and continues:

– If you're able to be a dominant, contributing player at age 17/18 then the sky is the limit. When I was 17 I couldn't carry the pucks to practice in this league, so it was a real shock to see some of these young guys. It blows my mind. It's really no surprise to me that some of these high end talents [in the NHL] are coming out of the SHL. 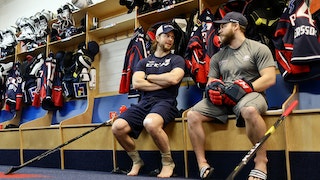 Unlike in Sweden, North America does not have junior programs associated with their professional clubs. The young players come up through junior leagues that are seperate from NHL teams. The three biggest junior leagues, in order of talent, are junior B, junior A and Major Junior. Major Junior being the league that produces the most talent in North America by far.

The structure of the SHL and each team having their own junior programs to develop players from a young age is one of the reasons, Gordon thinks, that there is so much talent coming out of the SHL. Not only is the talent evident, but the side effects of having those junior programs are also contributing positively to the young men in those programs.

– When it comes to strictly player development, this is a special place. Kids are leaving home and being billeted at age 14 age 15 and staying in the same city and same coaches that bring them through the ranks. Kids in North America are getting handed around and everyone is trying to get the best out of you for one year, it's not about your career longevity it's more about what can you do for me now, Gordon explains.

– That's where this league is different. It's not about trying to juice someone for one season, it's about getting the player to the next level, getting to the pros and teaching him how to be a man. You're 16 years old and in your own apartment, you don't do that in North America. Here these kids are living in an apartment by themselves, doing their own cooking and their own cleaning. It makes a man out of a boy. Their habits are good, they're at the rink, they're eating the right things, asking the right questions, doing the things they need to be a good professional. It's a great system they have here, but with the sheer volume of players and hockey they have in Canada and the US I don't think it's a model that would really be transferable.

As he enters his fifth season in the league and having recently turned 34, Gordon is trying put the future to the back of his mind and concentrate on the present. But at the same time he realizes that life after hockey is something he needs to start thinking about.

– Don't feel a day over 22! But no, at 34 you kind of realize that you're on the back 9 of your career and for me being in a city I care about, with a team I care about in a league I care about, it's almost more important than chasing a few extra dollars. So I wanna stay [in Linköping] because I love my life here. I like the people and the city has embraced me in a way I really didn't anticipate when I showed up. The people have just been outstanding to me since day one, Gordon says and knows where he would like to play if he had to decide for himself.

– I'd like to play here until the doctors tell me I no longer can. From a personal stand of point I wanna stay, but the game doesn't always let you do what you want. There's so many factors out of my control that it's impossible to predict anything two years in advance. 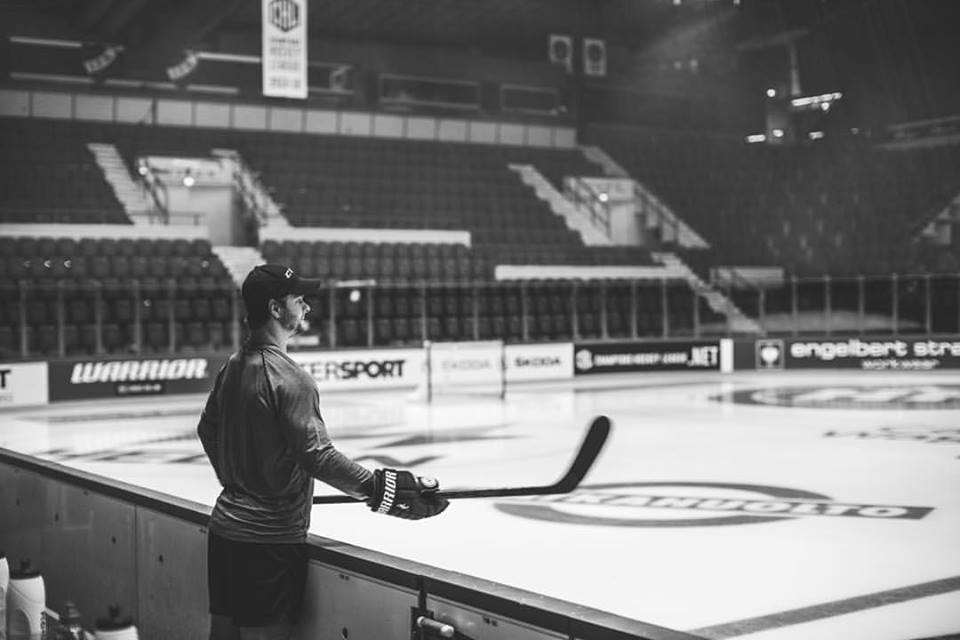 From a trip to Hawaii, a stay in Vancouver and welcoming a new member of the family, returning home to Canada proved to be an eventful off season for Gordon.

– I had a good off season. My sister had a little baby this summer so I'm a first time uncle. It's a feeling that everybody gets I guess, but now that it has happened to me I feel pretty special. I've missed home for essentially the first time in my life. Now there's a little baby at home that's growing every minute I'm away and I miss her, so its changed my outlook on being away these next few years. But I'm excited to have Joanna and the baby come over to visit in January, it's going to be awesome.

Andrew Gordon has had a great summer, and has actually got a new room mate.

– Got a little puppy named Fika to keep me occupied. Swedes will probably be familiar with the name and I wanted to name her something culturally related, because Sweden is such a big aspect of my life. So for hopefully the next 10-15 years she'll follow me around and I'll be able to enjoy Fika every day no matter where I am.

Music Genre: Classic Rock. If I could go back in time I'd be an 80's Rock Star as opposed to a hockey player.

NHL Team: I follow the teams where I have relationships with the guys. So the local boys from Halifax. I follow them.

Dream Car: A mildly rusty old truck that runs well. Something kind of greasy, I want that truck.

Andrew and the rest of the Linkoping Hockey Club will kick off their regular season on September 14th in Stockholm as they visit Hovet to take on Djurgården.