With the past week behind us, we take a look at player and personnel moves within the league and highlights from the weeks action. This week included a slew of teams picking up all six points and Leksand lands a new young forward.

It was a big week for four teams this week as Linköping, Färjestad, Brynäs and the Växjö Lakers were perfect, grabbing all six points available to them.

Linköping, who started the season with three straight losses, have now won four of their last five and claimed points in all five of those games. This weeks success came against Oskarshamn on Thursday evening as LHC came away with a 4-2 victory, thanks in no small part to newcomer Ty Rattie's two goal performance. Saturday evening then saw them facing off against HV71, who are struggling to find their form in their first season back in the SHL. Unfortunately for HV71 their woes continued on Saturday evening as Markus Ljungh would score with just 44 seconds remaining in the third period to break the deadlock and give Linköping the go ahead goal. An empty net goal would seal it and Linköping came away with the 3-1 win. With their success this week they have now cracked the top six and are sitting fifth place with 13 points.

Färjestad kicked off the week with a victory against struggling Rögle. The third period started fast and furious as Färjestad scored a pair and Rögle potted one of their own in just over two minutes to kick off the final frame. Per Åslund would score the eventual game winner just a few minutes later as well, as Färjestad came away with the 4-3 victory. Their success continued on Saturday as they came up against Oskarshamn and hammered home the victory with a 5-3 win, lead by three point performances by both Theodor Lennström (1+2) and Marcus Nilsson (0+3). Färjestad now sits third overall in the standings but is tied for first with 16 points. 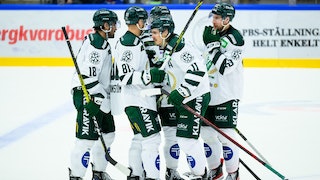 Brynäs was coming off a tough 8-4 loss to Malmö on Sunday and were looking to bounce back. They kicked off the week with a matchup against rival Leksand and did not dissapoint. It was a tight game but Dmytro Timashov registered his first multi goal game of the season with a pair of goals, including the game winner, to give Brynäs the 4-3 victory. Saturday would be one of their toughest tests of the season so far as they faced off against league leaders Skellefteå. Coming into the game Skellefteå had scored 33 goals in 8 games played. Brynäs put forth a fantastic effort in front of the hometown crowd and came away with a big 3-1 victory, backed by a 25 save performance from Anders Lindbäck. They now sit ninth overall with 11 points.

The Växjö Lakers have had a strong start to the season, not only did they come into the week with a two game win streak, they have also been perfect at home. They have not once let a team claim even a single point at Vida arena and they were looking to keep that record intact with a pair of home games this week. They kicked off the week with a matchup against Frölunda on Thursday evening and it was a tight game. But it would be Jayden Halbgewachs who would pot the game winner in the third period to give the Lakers the 2-1 victory. Saturday was a much more decisive victory for the Lakers as they extended their win streak to four in a row with a 4-1 victory over Rögle. They now sit second overall and tied for first in points with 16. 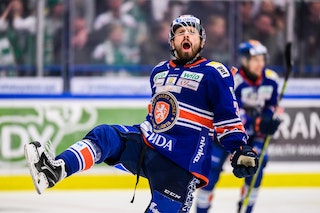 This weeks MVP had a great indivdual performance, but unfortunately his team lost both games they played in the past seven days. Despite Oskarshamns struggles, Patrik Karlkvist still managed to score three goals and add an assist against Linköping and Färjestad. He also registered 11 shots on goal in the two games. With his three goal performance this week he now sits alone at the top of the goal scorers list as he is off to a blistering start in that category with eight goals in just seven games.

Tobias Ekberg is on the move this week, although it will be a short stint in Linköping. The 28 year old was loaned from Leksand to Linköping this week, but the loan is only valid until October 14th.

– It feels good to come here. It will be fun to play some matches, there haven't been that many this season. It feels like a good solution for all parties. I'm looking forward to playing hockey, that's why you do this, says Tobias Ekberg

Ekberg played in both games for Linköping this past week but did not register a point.

Lucas Elvenes has found a new home after parting ways with HV71 last week. The 23 year old forward has agreed to a new deal with Leksand.

– Lucas is a player we've had our eyes on for a long time but didn't have the opportunity to get until now. Now a gap was opened and we are delighted to have found a solution. Lucas's strengths lie in the game with the puck, where his exceptional sense of play is top notch, says Leksand's sporting director Thomas Johansson.

The new deal will see Elvenes stay with Leksand until at least 2025. 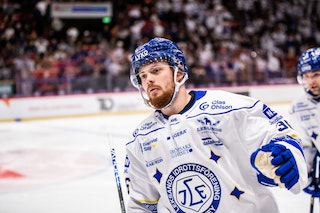 It was a busy week for young Oliver Johansson as he signed a new two year contract with Timrå, but has also been loaned to Björklöven in Hockey Allsvenskan for the remainder of the season. However Timrå retains the right to recall the 19 year old at any time.

– We have a lot of faith in Oliver, but we also realize that he needs more playing time higher up in the chains. That's something that we can't really offer him here right now. Therefore, we believe that he would develop well from playing continuously in the HockeyAllsvenskan for a season, says Timrå's sporting director Kimmo Kapanen.