Coming into the week Frölunda carried a comfortable 2-0 series lead over the defending champions Växjö Lakers. However, the series had not been as lopsided as the series score indicated as both previous games had gone to overtime, a trend that would continue on Tuesday night.

The first two periods saw Frölunda outshoot the Lakers by a wide margin. By the end of the first period the shots were 15-5 in favour of Frölunda, who would improve upon that shot total in the second. After 40 minutes had concluded Frölunda had added another 18 shots on net and were outshooting the Lakers 33-10.

Despite the massive difference in shots, the game went back and forth on the score sheet. Patrik Carlsson, Nicklas Lasu and Michael Spacek would all find the back of the net in the opening forty minutes for Frölunda and Richard Gynge would score a hatrick in just over thirty minutes of game time. The game would head to the third period all tied at three.

The third period was much more evenly matched on the shot clock but neither team was able to break the deadlock and the third would prove to be a scoreless frame, making way for the third straight overtime game of the series.

Unlike the previous two overtime periods, this one would end quickly. Stefan Elliot would bang home the initial shot from the high slot and secure the victory for Frölunda, giving them a 3-0 series lead.

Thursday night gave Frölunda an opportunity to be the first team to punch their ticket to the semi finals and Växjö was facing an nearly insurmountable task, come back from three games down. A feat that has never been accomplished in the SHL.

The hero of game three, Stefan Elliott, was the first to open the scoring early in the first period and Jan Mursak would add a second goal just 29 seconds later as Frölunda jumped out to the early 2-0 lead and never looked back. The Lakers would pull the game back within one in the early stages of the second period but Frölunda would add another pair of goals in the frame. One last goal from Växjö in the third would not be enough to complete a comeback and Frölunda punched their ticket to the semi finals with a 5-2 victory, sending the defending champs to an early off season. 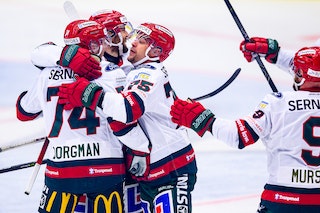 With their win in the relegation series Timrå has started to load up on talent for next season as they signed a trio of big name players to big contracts this week. Anton Wedin, Anton Lander and Emil Pettersson all signed on for next season with Timrå.

Lander is a home town boy, having been born in Sundsvall, coming up through the Timrå junior program and played with the big team for three seasons before moving to North America. He was drafted 40th overall by the Edmonton Oilers and played a total of 215 games with them. He also played four seasons in the KHL and most recently played with EV Zug in Switzerland this season. Lander signed on for the next three seasons.

– I am incredibly happy and excited to play in front of all the fans in NHC Arena again! And it's a great pride to play in the Timrå jersey again. I am really looking forward to the coming season, says Anton Lander

Anton Wedin is also no stranger to Timrå, having also been born in Sundsvall. He played seven seasons with the team before testing the waters in North America where he appeared in a handful of games with the Chicago Blackhawks. He returned for one season with HV71 before moving to Russia for a season in the KHL this year. He has now returned to Sweden and signed a five year deal with Timrå.

Just like the previous two, Pettersson is a home town boy returning to the team who gave him his start. He played three seasons with the big club before playing for MODO, Skellefteå and Växjö. He then played two seasons in the AHL before rertuning to Sweden. This season saw him playing with Spartak Moscow in the KHL.

– It feels incredibly fun to be back, this is where I grew up and got my first chance and I hope to be able to repay it in the coming years, says Emil Pettersson 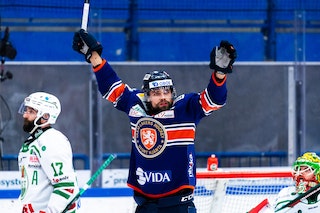 Not only has Timrå made big acquisitions this week, they've also signed a trio of players to extensions. Robin Hanzl, Jacob Blomqvist and Jacob Johansson all inked new deals with the club.

Hanzl was one of if not the biggest player in their relegation series against Djurgården. He scored four goals and added five assists in the four game sweep, helping secure Timrås furture in the SHL. He also racked up 40 points in the regular season, second best on the team. His new contract will keep him in Timrå for at least the next two seasons.

Goalkeeper Jacob Johansson also signed a two year deal with Timrå this week. He played all four games in the relegation series against Djurgården, posting a .924 SV% and a 2.25 GAA. Blomqvists new deal extends until the end of next season.

Heineman was selected 43rd overall by the Florida Panthers in 2020 and Torgersson was selected three places higher in the same draft by the Jets. Both players will play next season with their teams AHL affiliate.

With the annouced departure of David Rautio from Linköping, LHC were looking for a new goaltender to complet the duo with Marcus Högberg. They have found that second piece in young goalkeeper Jesper Myrenberg.

Myrenberg played in Linköping with their junior team and spent this season with Vita Hästen in HockeyAllsvenkan.

– It feels incredibly fun to be back. It's something I've been striving for when I've been out for three seasons, says Jesper Myrenberg

The contract extends until the end of the 2024 season.

The Malmö Redhawks have extended a pair of key pieces as Eric Engstrand and Markus Lauridsen have signed new deals with the team. Engstrand has spent the last three seasons with the Redhawks and has a bright future aheda of him. The veteran Lauridsen just finished his second season with Malmö.

Both players have signed contracts that will see them remain with the team untilt the end of the 2024 season.

Also Fredrik Händemark has signed a new deal with the Redhawks, a three year deal that will keep him in the Malmö jersey until 2025. 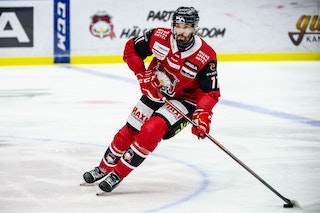