With the past week behind us, we take a look at player and personnel moves within the league. This weeks highlights include a pair of Americans being recruited and another retirement announced.

Örebro has recruited a new player to their roster, signing Philip Holm who has not played in Sweden since 2017. The 30 year old defender has jumped around over the past few seasons, playing in the AHL, NHL, KHL and Swiss League. A product of the Djurgården junior program, he played two seasons with their big club and also spent one season with Växjö.

– Philip is a player we have been interested in for a long time and now we are very happy to be able to welcome Philip to our team. In Philip, we get a skilled skater who will help us over the course of the season. Philip can play all forms of the game and also has an offensive upside that we hope to develop further in our environment, says Örebro's sporting director Niklas Johansson.

33 year old winger Alexander Johansson has announced his retirement this week after nine seasons of Swedish hockey and one in Germany. The forward, who played a total of 349 games in the SHL, most recently for Linköping said:

– It has been a tough process to arrive at this decision. There has been a lot of thinking and pondering, but I have landed on the decision to do this for me. The reason is my social situation where my family lives in Halmstad. It has been a tough situation for me and my family with the distance between Linköping and Halmstad, and now we have reached a point where it no longer works. My family needs me more than Linköping needs me and in the end this feels like the only right decision to make, says Johansson.

Johansson also spent time with Växjö and Färjestad. He also played for Rögle and Troja-Ljungby in HockeyAllsvenkan. 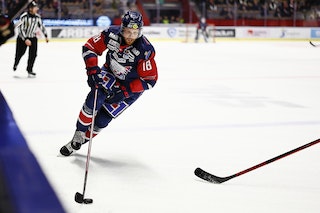 Linköping has made a big acquisition this week recruiting 28 year old Stefan Matteau. The American forward is a well rounded and experienced player having spent time in the NHL with New Jersey, Montréal, Las Vegas, Columbus, Colorado and their AHL affiliates.

– I am looking forward to taking my career to Sweden and Linköping. This is a very good opportunity and will be an adventure for me and my family. We have some things to take care of in Montreal, but I hope we can travel over as soon as possible and get started on next season, says Matteau.

This will be his first season of European hockey, having spent his entire professional career, so far, in North America

Another American was recruited to the SHL this week as Dan Sexton has joined the Växjö Lakers for the upcoming season. Sexton has spent the last 9 seasons in the KHL playing with Neftekhimik Nizhnekamsk and Avtomobilist Yekaterinburg.

– Together with Dan, this is the squad we start with on August 1. We get in Dan a classically productive forward. Dan has delivered consistently and well for a long time in very good leagues. The agreement is written for 1+1 years, says Växjö's sporting director Henrik Evertsson to the club's website.

Sexton also has 88 NHL games under his belt with Anaheim.