With the last week of the post season concluded, we recap what happened in the final games of the season. We also take a look at player movement throughout the league.

Coming into the week Luleå had a 3-2 series lead over Färjestad, however all games in the series had been won by the home team and game six shifted back to Karlstad, where Färjestad was hoping to continue the trend.

Not only had the home team won every game so far this series, Färjestad entered game 6 with a perfect home record of 8-0 and would continue that streak.

They started the game with a two goal first period in front of a packed house in Karlstad. Theodor Lennström and Linus Johansson would ripple the mesh with a pair of goals less than two minutes apart to start Färjestad off on the right foot. Despite multiple chances by both teams in the second period, neither team was able to find the back of the net in the middle frame and the game would head to the third period 2-0 in favour of Färjestad.

Determined to mount a comeback Luleå came out hard in the third period, while also playing well defensively, allowing just 4 shots on net in the final twenty minutes of the game. Their work finally paid off with less than five minutes remaining in the frame thanks to Einar Emanuelsson who was able to ripple the mesh and bring them within one. Unfortunately, it was a short lived glimps of hope for Luleå as Per Åslund would add a power play marker shortly after, restoring the two goal lead and securing the victory for Färjestad. The victory meant that a final and decisive game 7 would be needed.

Despite their stellar home record in the post season, coming into game seven Färjestad had lost five straight away games. They were also looking for their tenth club championship and Luleå was looking for just their second, having won it just once previously in 1996.

Despite the fact that both teams had everything to play for, this game saw a limited amount of shots from both teams, who would register just 17 total shots on net each through 60 minutes of play. The first period saw both teams put up the biggest shot total for a period in the game as both teams managed to put seven shots on target, including a couple of good scoring opportunities. Both goaltenders, however, stood tall and kept the game locked at a scoreless tie heading into the second period.

The second period was much of the same, a lot of defensive play from both teams and limited opportunities as Luleå managed just four shots on net and Färjestad put six of their own on target. Yet, once again, the goaltenders played well and kept the game scoreless after forty minutes.

With the way the game had gone and how the third period was shaping up, it looked like the game was destined for a scoreless overtime showdown. However, Färjestad had other plans. It was Jesse Virtannen with the opening goal of the game with more than ten minutes elapsed in the third frame. This gave Luleå a bit of life and the home team generated a couple of quality scoring chances but could not find the back of the net. It would be Linus Johansson who would take the wind out of Luleås sails as he potted another goal for Färjestad with under three minutes remaining. The final nail in the coffin would come from Joakim Nygård who would find the back of the empty net late in the frame, securing the championship for Färjestad. 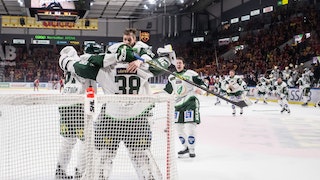 Timrå has bolstered their blue line this week with the addition of Finnish defender Elmeri Eronen. The 27 year old has spent his entire career in Finland, mostly with TPS who he played for this past season.

– I see myself as a two-way defender with a good hockey sense. My strengths are the understanding of the game where I primarily contribute with good puck handling and a good passing game and in this way give the team a good chance to win matches, says Eronen

Malmö were also adding to their blue line this week, recruiting 19 year old Theodor Johnsson from Växjö. He made his SHL debut this season with the Lakers and appeared in 18 games.

– In Theodor we get a young and promising right-handed defender, who has his roots here in Skåne and it is of course extra fun to be able to work with a guy from the region. Despite his young age, he has built up experience via SHL games with Växjö during the past season and now in the spring he also got to experience playoff hockey, says Malmö's sports director Björn Liljander.

The contract is valid for one season.

Speaking of the Lakers they also made a couple of acquisitions this week as they have brought in Lukas Bengtsson and Kalle Kossila. Bengtsson has spent the past three seasons playing in the KHL with SKA St. Petersburg and most recently Dynamo Minsk. He also represented Sweden in this year Olympics.

– Lukas belongs to the absolute top tier of defenders outside the NHL. Needless to say, a pickup that I am extremely pleased with, says Växjö's sports director Henrik Evertsson. 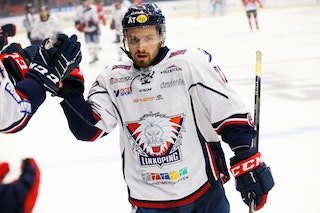 Kossila, a 29 year old Finnish forward, started this season in the KHL with Jokerit but then moved to Switzerland to play with the SC Rapperswil-Jona Lakers. Previous to that he played nine season in North America, primarily in the AHL, but also played four seasons in the NCAA with St. Cloud State University.

– We have watched Kalle for several years without the timing being right. We get an experienced player who masters both center and wing. Kalle is the archetype of a two-way player, plays all the elements in the matches and will thereby be very important to us, says Henrik Evertsson.

With their return to the SHL next season HV71 has started loading up on talent. This week saw them recruit both Eric Martinsson and Rasmus Bengtsson.

Martinsson is returning to his former team. The 29 year old defender previously spent two seasons with HV71 and spent this past season in the KHL with Barys Nur-Sultan.

– When we last saw Eric in the SHL he was a defender of the highest SHL class. He is extremely skilled both in the game with and without the puck and useful in all forms of play. Eric will be an important cog in HV71, says HV71's sports director Kent Norberg.

Bengtsson, a 29 year old defender, played his first full SHL season this year with Djurgården. His only other SHL appearance was in four games with Rögle back in 2015/16. He has spent the rest of his professinal career in HockeyAllsvenskan.

– Rasmus has had an incredibly good development in recent years and has high qualities both on the offensive and defensive sides of the game. He has a great weight in his game and leads through his way of being on the ice, says Kent Norberg.

Oskarshamn made moves this week as well as they also brought in a pair of new players for next season.

Antti Suomela, a 28 year old Finnish center, comes to them after a four year stint in North America that saw him have a limited appearence with San Jose, their AHL affiliate and the Toronto Marlies.

In Oskarshamn, I hope to be able to take steps in my development and become a better hockey player, says Antti Suomela.

The second player to have signed with Oskarshamn this week will also be a new player in the SHL as Canadian Blaine Byron has signed a two year deal with the team. The 27 year old center spen this past season in Germany with Eisbären Berlin. Previous to that he spent four seasons in the AHL.

Frölunda made a big acquisition this week between the pipes, recruiting Lars Johansson. Johansson has spent the past five seasons in the KHL where he has consistently been one of, if not the best goaltender in the league. He also represented Sweden in this years Olympics.

– We have hunted Lasse for many years, but have not had the chance to get him. Finally he is back and he is a top goalkeeper we have brought home, he has shown that in recent years, says Frölunda's sports manager Fredrik Sjöström.

Frölunda has locked up Johansson until 2025. 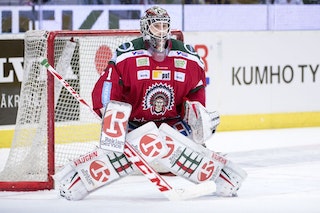 Rögle has also brought in some Canadian talent for next season, signing Riley Sheen to a two year deal. The 27 year old has put up impressive numbers in Germany over the past two seasons, he scored 40 goals and added 24 assists in 55 games played this past season in the DEL.

– He has a very unique background. These are players who want to take the next step and play in the SHL. He has a hunger to come here and become a big part of our team. I am very much looking forward to bringing him here and helping him adapt to SHL hockey. He is an intelligent player who loves to score goals, but who puts the team first, says Rögle's sports director Chris Abbott.

A name familiar to SHL fans will be returning next season as Mathias Bromé rejoins Örebro. After a brief stint with the Detroit Red Wings, Bromé played this past season in Switzerland with HC Davos.

– We are very happy to be able to welcome Mathias back to Örebro on a long agreement. We have had a dialogue for a long time, now it has gone quickly at the end and it feels very good that we have managed to row this into port. Mathias is a top player in Europe, says Örebro's sports director Niklas Johansson.

The new deal is for a whopping six season with Örebro. 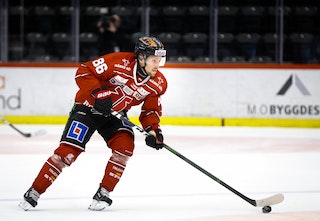