As the march to the playoffs continues, every point moving forward is important. Despite a bit of a slow week in the SHL, we saw some exciting games, impressive goals and a winning streak continue.

The main story coming into the week was the impressive winning streak of the Malmö Redhawks, who have shot from the bottom of the standings to move themselves into a top ten spot. They were looking to continue their winning streak as they opened the week against a struggling Frölunda team who is in a bit of a downward spiral.

Previous to Tuesday nights matchup Frölunda had lost six of their last seven, including a pair of back to back shutouts at the hands of Linköping and Rögle. Despite their need to turn things around, Frölunda was unable to muster a single goal against Malmö. Giving up multiple breakaway goals, including a shorthanded goal by Emil Sylvegård to open the scoring, Frölundas struggles continued. They were also unable to capitalize on three powerplay opportunities and were handed a 4-0 loss, their third shutout defeat in just five games. On the other side, with the win, Malmö extended their win streak to six games and continue their push to secure a post season berth.

The second matchup of the week featured a pair of teams who are also desperate for points. One team who is trying to keep themselves out of relegation play and another looking to crack into the top six. Linköpings struggles this season have been no secret, but with the end of the season looming they seem to have found their stride and have pulled themselves out of the bottom two spots and were looking to build on their point total. Meanwhile, Färjestad were trying to track down a top six finish and extend their win streak to five. The first two periods were back and forth with Linköping opening up a two goal lead in the first and Färjestad hitting back with a quick pair of goals in the second. Linköping was able to rally in the third and a pair of goals from Patrik Lundh helped propel them to a 5-2 victory. David Rautio also put forth a fantastic game between the pipes, turning aside 41 out of 43 shots and helping his team secure a much needed three points. 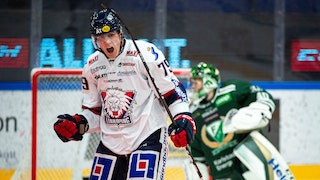 Game number three this week featured Örebro hosting Brynäs. Coming into the week Brynäs was sitting 13th overall but had games in hand against all four of the other bottom five teams and were looking to capitalize on that advantage. However, Örebro had other plans as they opened the scoring early in the first frame and added a second before the first twenty minutes had expired. Despite a goalless second period Brynäs came out firing on all cylinders in the third and rippled the mesh with a pair of goals to force the overtime frame. Unfortunately for Brynäs it took just 13 seconds for Borna Rendulic to find the game winner and give Örebro the 3-2 victory. Just one point for Brynäs kept them in the bottom two but they would have one more opportunity to turn things around before the week was over.

This weeks friday night matchup saw Malmö back at it as the red hot Redhawks played host to Färjestad. The two teams went tit for tat in what was an extremely back and forth game. They exchanged quick goals in the first and then continued to go back and forth in the third as both teams managed a pair of goals in the final frame of regulation. The third and final goal of the frame came with just 32 seconds remaning as Ponthus Westerholm was able to ripple the mesh and keep the winning streak alive for Malmö. Neither team could find a game winner in the extra frame, but Adam Johnson was able to score the winner in the shootout, extending Malmös winning streak to seven. With the win, Malmö now has an eight point lead over 11th placed Linköping and are tied with Djurgården at 61 points. They also have three games in hand against both those teams and look poised to make the playoffs.

The fifth and final game of the week was the sole game to be played on Saturday and turned out to be an absolute shootout of a contest between Brynäs and Leksand. Leksand managed to score a pair of goals in all three periods. Despite a resilient effort by Brynäs, including a pair of goals in the late stages of the third period, it was to much for them to overcome as they fell 6-5 and were once again unable to capitalize on their games in hand advantage. 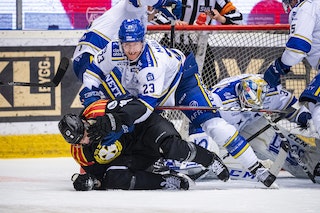 After the slow week over the past seven days, the league is back at it with a nearly full compliment of games on Tuesday, Thursday and Saturday. However, a new COVID outbreak in Malmö has postponed another pair of games, so keep an eye on the website for any updates.