With the past week behind us, we take a look at player and personnel moves within the league. The big news from this week includes five NHL contracts, HV71 bolsters their roster in anticipation of their return to the SHL and Brynäs recruits between the pipes.

After just one season in HockeyAllsvenskan HV71 will be returning to the SHL next season and are making moves to fill out their roster for the new season. This week saw them sign two new players in forward Herman Hansson and defenceman Filip Westerlund.

Hansson, 27, will be making his SHL debut next season after spending the last six seasons with Kristianstad in HockeyAllsvenskan and HockeyEttan. Hansson has signed a one year contract with the team.

– Herman is a hard-working forward who likes to put pressure on the opponents' backs and pave the way for his teammates. A player with great energy who also has the potential to score some points, says HV71's sports director Kent Norberg.

Westerlund, 23, has spent the past three season with Timrå but also has SHL experience with Frölunda, having come up through their junior organization.

– In Filip we get a modern and flexible defender with good puck control. I have followed Filip closely for several seasons and seen what steps he has taken in his development. A player who comes to the ice rink every day with the ambition to make both himself and the team better, says Kent Norberg.

Westerlund has signed a two year deal with the team.

Färjestad was busy this week with a trio of signings as they've recruited defencemen Axel Bergkvist and August Tornberg along with forward Henrik Björklund.

The 21 year old Bergkvist will be getting his first taste of SHL action after spending the last two seasons in HockeyAllsvenskan. He also played one season in the Ontario Hockey League with the Kitchener Rangers. The new contract will see Bergkvist stay with the team for the next three seasons

– Axel is an offensively skilled defender who played in a mature way during the season in Mora, where he also had a prominent role. He has a long-term plan with his hockey game where the first step is to step into the SHL, says Färjestad's sports director Rickard Wallin. 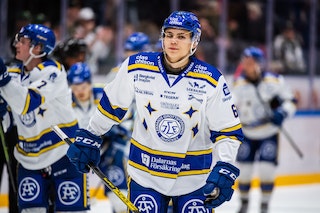 Tornberg will also be making his SHL debut next season. The 29 year old spent the past four seasons in HockeyAllsvenskan and HockeyEttan the six seasons before that. He has signed on for the next two seasons.

– August is a bit more of a late-bloomer who has a good size and is powerful in his game. Even though he has his strengths in his defense, he has a good understanding of the game, I think, says Wallin.

The third and final player signed by Färjestad this week, Björklund, is a product of the Färjestad organization, having played for their junior teams and also played for the big team for a number of games, the last one being back in 2011. Since then he has played with Rögle, Örebro, Troja-Ljungby, Karlskoga and MoDo in HockeyAllsvenskan.

– It feels very exciting and fun that Henrik gets a new chance to play SHL hockey. It is especially fitting that he is allowed to do so in his mother club. He stands for many of the qualities we want to stand for, that is, a big heart and hard work, spiced with talent, says Wallin.

Nick Halloran has made a parallel move this week as he leaves Örebro and signs with Timrå for next season. The 25 year old American made his SHL debut this year after joining Örebro about half way through the season, he started the season with SaiPa in Finland.

– Nick is a forward with good skating and who has good wrists. I think he will fit in well with our game. It is really fun that Nick wants to continue to develop with us, says coach Ante Karlsson.

Luleå has recruited a young goaltending prospect in 20 year old Matteus Ward. The young goalie is a product of the Linköping Junior organization but has played the past two full season in Mora.

– Matteus Ward is an exciting goalkeeper who we have followed for several years and who has had a very good development in recent years. He has a good technical training which means that he will fit well into our way of playing, says Luleå's goalkeeping coach Gusten Törnqvist.

– In Anton, we get a tender, physical, mobile and sacrificial player. His great strengths lie in the game without the puck, but Anton also has qualities in the game with the puck. Anton has an enormously wonderful character, says Leksand's GM Thomas Johansson. 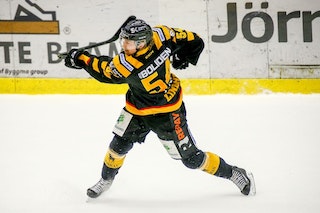 Brynäs have nailed down their goaltending duo for next season as Veini Vehviläinen has signed a contract extension and Anders Lindbäck with be returning to Brynäs for the first time in 13 seasons. Lindbäck appeared in 130 games during his time in the NHL with Nashville, Tampa Bay, Dallas, Buffalo and Arizona. He also spent the past three seasons in the KHL with Jokerit and Torpedo Nizhny Novgorod.

– Of course it feels incredibly good that Anders chooses to come home to Brynäs again. Both as a skilled goalkeeper and as the humble person he is. He is a big goalkeeper who is very mobile and reads the game well. With his skill and routine, he will definitely contribute to strengthening our goalkeeper side and help us become a better hockey team, says Brynäs sports manager Johan Alcén.

25 year old Finnish defender Otto Leskinen has signed with Frölunda this week. Leskinen will be making his SHL debut next season.

– A driven defender and good skater with strengths in the offensive game. Otto is a guy we have known for a long time and he is at a good age, says Frölunda's sports manager Fredrik Sjöström

Five players made the next big step in their careers this week, signing NHL contracts. 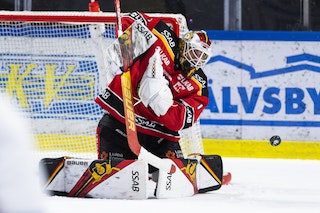