Coming into this weeks action Malmö knew it was going to be imperative to come away wtih as many points as possible. With both Djurgården and Timrå looking to catch them in the standings, the Redhawks knew they were at risk of falling into the bottom two without a solid performance this week.

It was a packed schedule this week with all teams playing at least three games and the action kicked off on Tuesday night as Malmö hosted Brynäs. Coming into the game the Redhawks were on a four game losing streak and had lost all three of their previous matches to Brynäs this season, so they were hoping to turn things around.

The first period saw the home team come out firing on all cylinders and Malmö heavily outshot Brynäs in the frame. They were finally rewarded late in the first period as Carl Söderberg would find the back of the net to give them the one goal lead heading into the second period.

The second period was a complete role reversal as Malmö had outshot Brynäs 12-5 in the first and Brynäs returned the favour by outshooting them 12-6 in the second. Unlike Malmö, however, Brynäs was able to find the back of the net in the early stages of the frame as Noel Gunler rippled the mesh to tie things up with less than five minutes elapsed in the period. Despite the continued pressure and offensive opportunities for Brynäs, that is all the offence they would find in the second and the game would head to the final period of regulation all tied up.

Despite some good oppotunities for both teams in the third, neither team was able to break the dead. It appeared that would continue to be the case through the overtime frame and a shootout was looking likely. However, with just eleven seconds remaining in three on three action, the Westerholm brothers connected for the game winner with Ponthus Westerholm potting the winner and Pathrik Westerholm with the primary assist.

Thursday nights game was by far the most important for Malmö as they faced off against Djurgården in Stockholm. Coming into the game, Malmö sat just six points ahead of Djurgården, so a three point loss would put them at risk of falling into the bottom two by weeks end. Djurgården was also coming into the game on a bit of a hotstreak, having won three of their last four, so Malmö was determined to put a stop to that.

Neither team really had the advantage in the first as both teams mustered oportunities and each scored a goal. Marcus Sörensen would open the scoring for Djurgården in the seventh minute, but Malmö would answer back quickly with a tally from Joakim Ryan. The game would head to the first intermission locked at one. 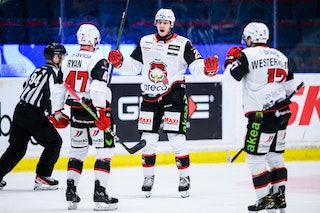 With a pair of wins at their back Malmö came into Saturdays matchup against Oskarshamn with a lot of momentum. Unfortunately that did not translate into a strong start to the game. Three goals in the first two frames from Oskarshamn and none from Malmö meant they were in a bit a of a hole heading into the third period.

Despite the daunting task of overcoming a three goal defecit, Malmö came out hard in the third and were rewarded quickly with a goal from Carl Persson to cut the lead to two. Unfortunately for them, Johan Johnsson restored the three goal lead a few minutes later. A pair of goals in the second half of the frame, however, put Malmö back within one with just under four minutes to play. Despite chances with the net empty Oskarshamn was able to hold them off until the horn sounded and Malmös hopes of a comeback were shut down.

Despite the loss, Malmö grabbed five out of a possible nine points this week and both of their victories came against teams they are directly competing against in the standings. Brynäs now sits just five points ahead of them and Djurgården remains six points back.

The the trade deadline in the SHL having past, the movements around the league were minimal this week. However, there were a few announcements made.

Marcus Sörensens return to Djurgården this year was cause for excitement among the Djurgården faithful. Sörensen had spent the last five seasons playing for the San José Sharks and their AHL affiliate, with a brief appearence in HockeyAllsvenskan last season. Despite Djurgårdens struggles this season, the captain has managed to score 36 points in 38 games and leads all Djurgården players in that category. Unfortunately for Djurgården fans, it will be a one and done season for Sörensen, who has signed with Fribourg-Gótteron in the Swiss league next season.

– It is of course very sad that Marcus is leaving, but this was something we knew could happen. When he signed for us, he had offers from both Switzerland and the KHL to go abroad even then. He chose to stay here for a year, so this isn't unexpected, says Djurgården's acting. sports director KG Stoppel. 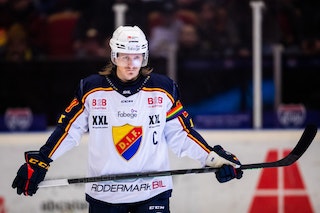 Mikka Salomäki and Örebro have parted ways. The 28 year old Finn joined Örebro this season after spending the previous eight seasons in North America, appearing in 167 games for the Nashville Predators.

– Together with Miikka, we have come to the conclusion to go our seperate ways. Neither we nor Miikka think that it has turned out as we wanted and after talks, Miikka is now free to move on with his career. We thank Miikka for his time at the club and wish him luck in the future, says Örebro's sports director Niklas Johansson.

Salomäki has signed with HIFK in Finland.

Perhaps the biggest news of the week concerns a coach, rather than a player as Johan Pennerborn has been relieved of his duties as head coach of Färjestad.

– We do not think we have got the maximum potential out of our team, and feel that neither our results nor our energy level are heading in the right direction. That is why we choose to make this change. We thank Johan for the great job he has done in the association during all the years he has been with us, says the club's sports director Rickard Wallin. 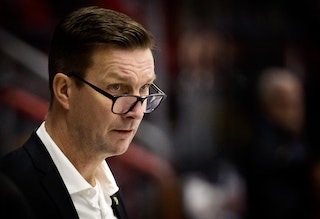 – In Tomas, despite his young age, we get an experienced coach who has gained perspective from both Swedish and North American hockey. He enters our business with great hunger to take Färjestad BK forward, says Wallin.

Mitells contract is valid through 2025