With the end of the season looming, Malmö turns up the heat this week as they set their sights on the 10th and final playoff spot. Despite their struggles this year the Redhawks are still determined to salvage their season.

Their first matchup of the week was against a Djugården team that they had not managed to grab a single point against so far. Despite a first period goal by Djugården, Malmö battled back with a three goal third period to take the final matchup of the season against Djurgården 3-1. Their second game of the week was arguably the most important as they faced off against HV71 on Saturday afternoon. Both teams are competing for the final playoff spot, but perhaps more importantly, trying to stay out of the bottom two. Malmö lead right from the get go, boosted by a two goal first period by Adam Johnson, and never looked back. Linus Cronholm also got his first SHL goal, on a bit of an odd play, and the Redhawks emerged victorious with the 3-2 win. There was very little rest for Malmö though, as they faced off against Luleå on Sunday evening. In what was expected to be their toughest matchup of the week Malmö kept their momentum going and, once again, never trailed in the game. Malmö took a 4-1 lead into the third and Luleå did make things interesting with a pair of goals in the early stages of the period, but Emil Sylvegårds late goal sealed the deal. With the win Malmö handed Luleå their fifth straight loss and secured their own fifth straight victory.

Stringing together three wins in a row and grabbing all nine possible points this week, Malmös efforts now have them sitting in the 10th and final playoff spot. They also now sit six points ahead of 11th placed Linköping with four games in hand. 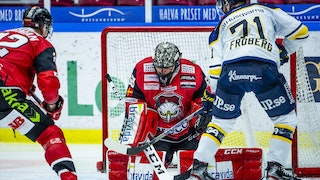 The middle of the pack push this week saw a new team putting some pressure on Frölunda, Leksand and Örebro. Färjestads success, including six points this week, now has them within range of a potential top six finish. Sitting just six points back of Frölunda, with a game in hand, the team from Karlstad got some much needed offense this week with back to back wins. An impressive 4-0 shutout of top seated Rögle to start the week and a very important victory over Leksand has kept them in the hunt for a quarterfinal berth. The victory also snapped a five game win streak for Leksand and extended Färjestads win streak to four.

A pair of top teams did have a dissapointing showing this week as Luleås struggles continued with losses to Frölunda, Växjö and the previously mentioned loss to Malmö. The top team in the league also had a less than stellar showing as Rögle dropped two of their three games this week, but managed to end the week on a high note with a 4-2 victory over Skellefteå. Despite a pair of losses this week, Rögle continues to hold on to the top spot. The Lakers, however, managed five out of a possible six points this week and are now just four points back of the league leaders with two games in hand. Rögle and Växjös final matchup of the season happens on March 13th, which could prove to be the most important game of the season for both teams. 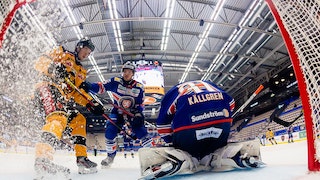 Other notable changes this week sees Linköping move out of the bottom two, into 11th, Oskarshamn has dropped into 12th and Brynäs and HV71 drop into 13th and 14th respectively. However Brynäs has multiple games in hand against both HV71 and Linköping, so the bottom of the standings are far from decided.

Eric Gustafsson once agains lead the way for time on ice averaging 26:38 in three games played this week.