It has not been an easy start to the season for Linköping as they have been very hot and cold through the first two months of the campaign and, unfortunately for them, there's been more cold than hot thus far. However they seemed to have turned the dial and came out firing this week with a solid 7 point performance in their three games over the past seven days.

Their contest against Timrå on Tuesday featured a wild second period that saw all regulation time goals scored in the frame. Linköping struck first with a pair of goals to take the multi goal lead. However, Timrå would answer right back with a pair of their own in just over two minutes to tie the game. No goals scored in the third meant an overtime frame was needed to decide the winner and, unfortuntely for Linköping, it was Timrå who came away victorious. However the single point for Linköping extended their point streak to three games.

Thursday and Saturday nights contests agains Malmö and Oskarshamn would be much better results for LHC. Their offence came alive in both games as they scored five goals in each and came away with a 5-3 victory against Malmö and a 5-4 victory against Oskarshamn. Both games featured come from behind victories that were aided by three goal second periods and two goal performances by Ty Rattie on Thursday and Broc Little on Saturday.

With their success this week, they now sit in ninth place in the standings with 26 points, just a single point outside of the top six. They've also won three of their last four and claimed points in their five previous games. 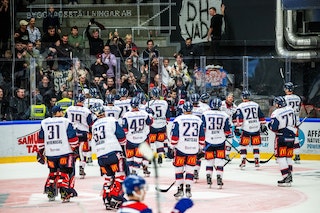 Our MVP of the week this week comes from Oskarshamn and is a new comer to the SHL this season. Antti Suomela scored a pair of goals and added four assists this week in three games played. The 28 year old Finn came to the SHL this season after having spent the previous four seasons in the AHL playing for Toronto and San José's affiliates. He also played 51 games in the NHL with the Sharks during that time. With his six point performance this week he know sits second in the league for points with 22, just one back of Jonathan Pudas.

Their was a lateral move in the SHL this week as Radan Lenc moves from Frölunda to HV71. Lenc came to Frölunda from the KHL last season and played 14 games with the club and contributed 7 points in 9 playoff games last post season.

– Radan is a forward with high playing skills and a sharp finisher. A professional player who is extremely motivated to come to HV71, says Kent Norberg.

– Oskar's progress in the SHL only gets better and better, and we are very happy that Oskar wants to continue in Leksand for another three years. With his intensity and extreme professionalism, he leads Leksands IF without a lot of big words. Always putting the team first, both on and off the ice, is Oskar's signature, says Leksand's GM Thomas Johansson 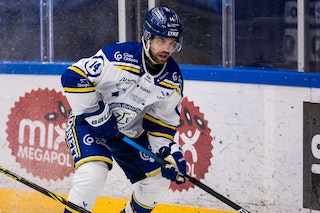 Johnsson has been offered the same deal with Oskarshamn

– I have been positively disposed to extending my time here. Now it's finished. It's great and fun to stay, he says to the club's website.

And Lassen will be with the Redhawks until at least the end of the 2024/25 season.

– Matias is a solid and strong-framed player who has had a good development during his time in Malmö. What we appreciate most about Matias' game is his solid defensiveness and we also know that he takes great pride in that aspect of the game. In addition to that, he has also gradually developed the game with the puck, says Malmö Redhawks sports director Björn Liljander. 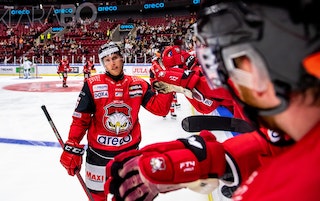 Rögle is welcoming a new face to the league as they have signed Lukas Klok to a new contract. The 27 year old Czech defender started this season with Arizonas AHL affiliate but only appeared in four games. Previously, Klok has experience in the KHL, Liiga and the Czech League, but this will be his first taste of Swedish hockey.

– We are very happy that Lukas has chosen to sign for us. He is a good defenseman with offensive qualities and good defensive play who will add edge to our back end, says Chris Abbott