The Växjö Lakers have asserted their dominance over the league in the early parts of this season with an incredible performance so far. They have claimed a full three points from five games, had one overtime victory and two overtime losses. They've failed to claim points in just two out of their ten games this season and their point streak continued this week.

They came into the week with a four game win streak and that would continue on Thursday night as they visited another hot team, Linköping. LHC had won four of their last five and had claimed points in all five of those games as well. Unfortunately for LHC the Lakers were just to much for them. They did manage to take the league leaders to a shootout but the Lakers would come away with the win and extended their win streak to five games.

Unfortunately for the Lakers their win streak would come to an end on Saturday evening. Not only was Leksand able to put a stop to Växjös winning streak, they also became the first away team this season to claim a point inside Vida arena, let alone come away with a victory. The win was a come from behind victory that saw Leksand tie the game with just six minutes left in the third period and then won it in overtime. Despite the loss, however, the Lakers still claimed a single point from the defeat and now have a six game point streak. This success has propelled them to the top of the standings. They now sit tied in points with Färjestad but have the advantage in goals for and against.

The Lakers will try and continue their success this week with games against Malmö and HV71.

This weeks MVP is our first player between the pipes to win the award this season. Mantas Armalis had an incredible performance in net this week for Leksand. He started the week with a 31 save shutout against Timrå which was a huge part of Leksands 1-0 victory in the game. He then put forth an exceptional performance against the league leading Lakers on Saturday evening. He had a 26 save, one goal performance in that game and helped Leksand come away with the overtime victory.

All in all Armalis has been having a resurgence between the pipes this season after a bit of a dissapointing season last year Djurgården. He is currently the top goaltender in the league with a .947 SV% a 1.56 GAA and a record of 6-1 with a pair of shutouts. 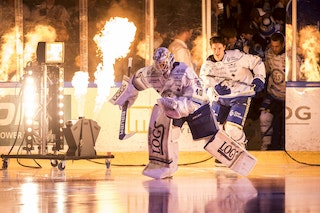 Rögle welcomed back a familiar face this week as they have signed 26 year old Linus Sandin to a contract that will extend through the 2024/25 season. Sandin, who has played in the AHL with the Philadelphia Flyers affiliate for the past two seasons, previously played two seasons with Rögle between 2017 and 2019. He most recently played in the SHL for HV71.

– Great to have Linus back in a green shirt again. He was missed when he left and was one of my early lessons as a sporting director because he was a young guy that we never wanted to leave but that I failed to keep. It will be great to work with him again, a very good guy, a solid player and I look forward to getting him back to Sweden. I know Cam and the rest of the coaching staff feel the same way, says Chris Abbott.

Sandin also made his NHL debut last season with a single appearence with the Flyers.

34 year old Martin Johansson has found a new home across the Baltic. After his Gold medal win with Färjestad last season he was told his contract would not be renewed. So he will be heading to Finland to play with TPS Turku for this season. Johansson began his SHL career in 2007 with Färjestad before moving down to HockeyAllsvenskan. He then spent time with Brynäs, before moving on to Örebro and finally landing once again in Färjestad where he has spent the past five seasons. All in all his SHL career has spanned 14 seasons, he played 576 games and scored 229 points (110G 119A). 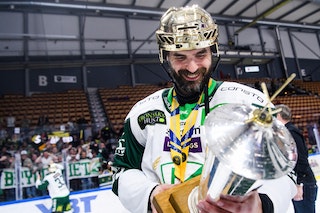