Returning favorites, two new additions and 52 games from here to the playoffs. All the action gets under way on Saturday afternoon as the SHL kicks off the 2019/20 season

135 days. It's been 135 days since the Frolunda Indians triumphantly hoisted the Le Mat Trophy back on May 2nd to claim their 5th SHL title after a 4-1 series victory over Djurgarden.

It's been a long off-season for all teams and after a relaxing summer at home with families and friends, the players are ready, once again, to lace up their skates, tape their sticks and start the battle for the 2020 SHL title.

After two seasons in HockeyAllsvenskan, one of the most popular teams in Sweden has battled their way back to the big league. After an impressive performance last season that saw Leksand put up a record of 25 wins and 17 losses for a total of 90 points, they were able to battle their way to the promotion tournament. With a 4-1 series victory over Mora, they punched their ticket back to the SHL. 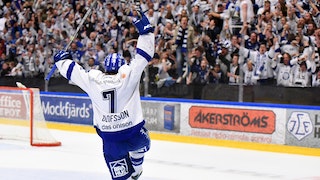 Despite their popularity, the team has struggled to perform in the SHL consistently. They have not managed to stay in the league for more than two consecutive seasons this century, and in fact have spent 12 of the past 19 seasons in the tier two league. So this season they want to prove to the league that not only do they belong, but that they deserve to be here.

The other team looking to prove themselves this season is one of the dark horses coming out of HockeyAllsvenskan last year. Despite putting up a record of 28-15 in the regular season and eclipsing the 100 point mark, not many fans expected Oskarshamn to get through both AIK and Timra in the promotion tournament. However, that's exactly what they managed to do. Their impressive run in the promotion series was able to move them up to the big league for the first time in club history. They will kick off their inaugural SHL season on Saturday on the road against Skelleftea.

Keep an eye on your team - to the tickets!

Two teams in particular will be looking to redeem themselves this season after a less than stellar performance last year. Both Brynas and Linkoping were unlikely teams to miss the post season at the start of the 2018/19 campaign. Brynas had not missed the playoffs since 2008 and Linkopings last post season absence was in 2012.

However, neither team was able to step up in the second half of the season. Starting the new year, Brynas and Linkoping were 6th and 7th with 47 and 46 points in 28 games played respectively. By the end of the regular season they had fallen to 11th and 12th with just 69 and 67 points. Managing just over 20 points apiece in the final 24 games of the season and found themselves on the outside looking in. 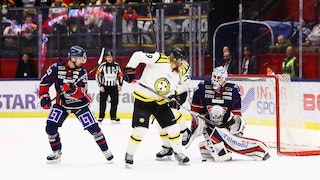 Both teams have made significant changes to their rosters and Linkoping has added a very important piece behind the bench in Bert Robertsson. After spending the last 8 season with Skelleftea, LHC is hoping his winning pedigree can turn the club around. The two teams teams are hoping that the changes made in the off-season are enough to get them back on the winning track. It could prove to be a steep learning curve for both clubs this season, but both are hopeful that the changes will result in success.

With the memory of last years disappointing finish still fresh in the minds of both teams, they will be looking to bounce back and reclaim their spots in the playoffs.

The big performer last season, that may have surprised some fans, was Rogle. Under the guidance of rookie head coach Cam Abbot, the team was able to grab an SHL playoff spot for just the second time in team history. With some late season and off season acquisitions to bolster their roster, the sky is the limit for the team this season. If they perform like they did in the last half of last season, they certainly have the capability to make a push for the top six. 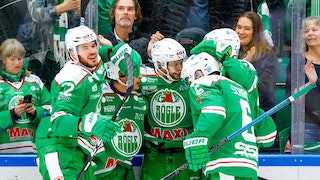 Another team that had a bit of a surprise finish was the Vaxjo Lakers. This is to say the surprise was their lack of success in the regular season. Having won the SHL title in 2018 with an absolutely dominant performance in both the regular and post season, their 7th place finish last year was less than stellar. With half the roster returning from last season, and new acquisitions such as Marcus Davidsson and Emil Pettersson, the Lakers will be looking to return to fine form this season and will be hoping to recreate the success they had in 2017/18.

King of the Hill

Although the turnover in the SHL is quite substantial from year to year, there has been one team in particular that has managed to stay near the top in the regular season consistently. The Frolunda Indians. 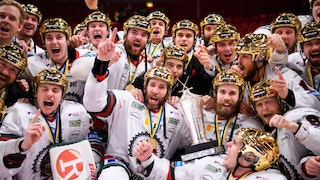 Last years champs have finished in the top three in the regular season six years in a row. Despite the aforementioned turnover in the league, the Indians success could be attributed to their ability to keep their main core of players together season to season. They have 17 players returning from last years championship squad and seven players that have spent at least three seasons in Gothenburg. The ability to retain players in a league that sees so many moves in the off-season is no easy task. But that ability to have players returning year after year builds great chemistry, so look for the Indians to have another successful campaign this season.

Despite predictions of success or failure before the season begins, the reason this league is so exciting is the fact that it really is impossible to tell how things will turn out after 52 games. Every team will have a chance for greatness and every team could be looking at dissapointment. All the action gets underway on Saturday at 3:15 CEST.