After defeating Skellefteå in six games, including a resounding 5-0 victory to wrap up the series, Färjestad looked ahead to their semi final matchup against regular season winners Rögle. Having had four off, Färjestad was well rested coming into game one on Saturday afternoon.

The game was fairly evenly matched right from the get go as both teams exchanged a limited number of chances in the first period, but it would be Färjestad who struck first. Jacob de la Rose was able to ripple the mesh just over nine minutes into the opening frame, providing the sole marker in the period.

De la Rose would then extend the lead to two in the later half of the second period to give Färjestad the 2-0 lead. Rögle would respond soon after that to pull the game back within one, but the two goal lead would be restored by Theodor Lennström with just 18 seconds remaining in the frame. Färjestad would carry the 3-1 lead into the final frame of regulation.

The third period would continue to provide offence from both sides. Anton Bengtsson was able to pull Rögle back within one early in the frame. The rest of the period would be fairly quiet on the score sheet until the final minute of play in regulation. With the net empty, Rögle pressed hard to tie the game and force the overtime frame, unfortunately for them Per Åslund would send the puck into the empty net and restore the two goal lead. Marco Kasper would pull Rögle back within one, unfortunately it was with just one second remaining in the frame and Rögle would drop game one in front of the home town crowd.

Monday afternoon in Karlstad was the site of game two as Färjestad looked to translate the momentum from the win on Saturday into another victory, this time at home. The game was lopsided on the shot clock all game long as Färjestad hammered Christoffer Rifalk between the pipes. But despite the number of chances for Färjestad, this game would turn out to be a tight, low scoring contest.

The first period saw Färjestad outshoot Rögle 11 to 5, but Rögle was able to keep their offence at bay, for the most part. A beautiful passing play on a fast rush was finished off by Gustav Rydahl to give Färjestad the one goal lead heading into the second frame.

The second was much of the same as Färjestad continued to heavily outshoot Rögle. However it was Rögle who would be the only team to ripple the mesh in the second period as a quick turn around shot from Daniel Zaar in tight found its way home and tied the game at one heading into the final frame of regulation.

The third period proved to be the most lopsided on the shot clock as Färjestad continued to pour it on and held Rögle to just four shots of their own. However, neither team looked like they were going to find the go ahead goal as the minutes ticked down into the late stages of the period. But with just under two and a half minutes remaining in the frame Michael Lindqvist circled the zone and sent it back to Albert Johansson who hammered a shot past Riffalk from the high slot, giving Färjestad the late lead and game winning goal.

With the win Färjestad now carry a 2-0 series lead into game three on Wednesday where they have a chance to take a stranglehold on the series. 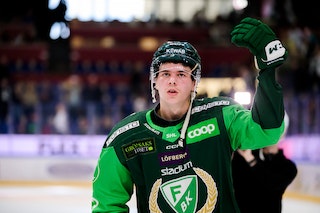 It's no surprise that this years goal leader and second overall point scorer would attract attention from other leagues, and that's exactly what has happened. Max Veronneau has signed a one year deal with the San José Sharks in the NHL.

In just his second season in the league, Véronneau scored 34 goals and 26 assists in 51 games played with Leksand. He is a more than point per game player over the past two seasons with a total of 78 points in 76 games here in the SHL.

Véronneau is not the only one to sign an NHL contract this week as defenseman Adam Wilsby has signed a two year entry deal with the Nashville Predators, who drafted him in the fourth round in 2020. Wilsby has impressed both offensively and defensively with Skellefteå. Scoring 10 goals and 25 assists over the past two seasons, he was also averaging the fourth most ice time with the club this season at 17:17.

After failing to qualify for next season in the SHL it was expected that Djurgården would be losing players looking for new SHL contracts. Mantas Armalis is one of those players as he has signed with Leksand for next season.

– Mantas is a goalkeeper I know very well. He is extremely professional about his preparations and he is a wonderful person to have in the group, says Leksand's GM Thomas Johansson.

Armalis was Djurgårdens number one goaltender this season but, just like the rest of the team, struggled to find success. In 36 games played he posted a 3.11 GAA and a .901 SV%. His new contract is valid until the end of the 2025 season. 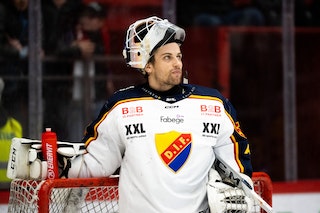 Max Lindolhm will be returning to the SHL next season after spending most of the last three seasons in HockeyAllsvenskan. The 24 year old forward was recruited by Skellefteå this week and signed to a two year deal.

– It will be fun to get Max up to Skellefteå. He has had several good seasons in HockeyAllsvenskan. An offensively skilled player who is good with the puck, with both good shooting and passing abilities. We hope that he will have a positive development with us, like many other players that we have taken from the Swedish team, says Skellefteå's GM Erik Forssell.

After their succesful run in the playoffs, that saw them take Rögle to game seven in the quarterfinals, Oskarshamn has begun recruiting for next season. The first new acquisition for them is veteran defenseman Niclas Burström. Burström is a long time Skellefteå player who also had an appearence with Växjö, played one season in the KHL and spent this season in Germany with Schwenninger Wild Wings in the DEL.

– You see how players develop in Oskarshamn and have a lot of fun. It felt pretty good. That feeling has been strengthened now that I followed the team in the playoffs, even though I already did quite a lot of research before about how the club works, says Niclas Burström

The contract will be valid for the next three seasons.

Another player leaving Djurgården this week is Tom Nilsson who has spent the past five seasons with the team. He has now been signed to Örebro.

– It feels great to be able to welcome Tom. In Tom we get a player with a very good character and who always comes well prepared. We like Tom's level of competition and in the game his defensive qualities stand out. Now we look forward to working and developing together with Tom during the next two seasons, says Örebro's sports manager Niklas Johansson.

There were a number of players signing contract extensions this week.

Radan Lenc has extended with Frölunda for the next two seasons.

It comes as no surprise that Timrå wants to keep defender Joey LaLeggia around. The 29 year old Canadian set a club record for defenseman with his 38 points season this year. His new contract will keep him in Timrå for at least next season.

After starting the season in the KHL with St. Peterburg, Fredrik Händemark returned to his former club Malmö this season. He has now signed a new deal with the team that will see him remain with the Redhawks through the end of the 2025 season.

Tobias Rieder joined the Växjö Lakers this year after spending the previous six seasons in the NHL where he played for Buffalo, Calgary, Edmonton, Los Angeles and Arizona. The German born forward posted 11 goals and 11 assists in 36 games played this season and has now signed a new two year deal with the Lakers.

Long time Malmö goaltender and goaltender of the year in 2016/17 Oscar Alsenfelt has been released from his contract this week. With one year remaining on his contract the Redhawks organization has decided to terminate his contract, although Alsenfelts future with the club remains unclear.

A message posted to the clubs website states "Discussions are ongoing about a possible future position in the club. Malmö Redhawks will return with information when the internal process is complete." 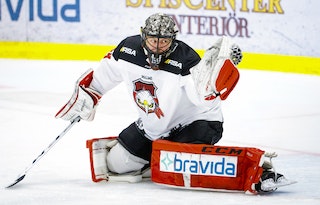 This week saw a large numbers of players leaving their clubs.

Örebro announced the departure of five players as Juuso Puustinen, Daniel Audette, Nick Halloran, Petr Zamorsky and Nick Ebert will not be returning to the club next season.

Sami Rajaniemi and Christopher LIljewall will not play in Timrå next season.

Växjö has announced that Andrew Calof, Michael Krutil and Theodor Jonsson will not remain with the club next year.

In addition to Oscar Alsenfelt leaving Malmö, it was also announced that Anton Olsson and Alexander Molldén will not remain with the Redhawks.

Brynäs also had a mass exodus as Nicklas Danielsson, Kristofer Berglund, Tom Wandell, Kristers Gudlevskis, Anton Mylläri, Chay Genoway and Oskars Cibulskis all anounced they would be leaving the club.

And finally Oskarshamn annouced the departure of Kim Rosdahl, Fredrik Olofsson and Brian Cooper. The assistant coaches Jeff Jakobs and Mathias Tjärnqvist also announced they would be leaving the team.