With the past week behind us, we take a look at player and personnel moves within the league. This weeks highlights include a new defenceman for Malmö and the Växjö Lakers welcome back a familiar face.

Malmö has strengthened their blue line this week with the addition of Canadian Defender Thomas Schemitsch. The 25 year old has played six straight seasons in the AHL after being drafted by the Florida Panthers in 2015. He has a total of 103 points in 318 AHL games. He has played with The Springfield Thunderbirds and most recently with the Cleveland Monsters.

– We are happy to be able to bring Thomas here. He is a good two-way defender who should be able to help us in all forms of play. We have mainly been looking for a right-handed shooter to complement our existing defensive crew, something that gives us more opportunities and options in different situations, says Redhawks sporting director Björn Liljander.

Schemitsch has signed a one-year contract with Malmö.

Viktor Fasth will be returning to familiar territory this season, as he returns to the Växjö Lakers organization. The former star goalkeeper has accepted a role in the Lakers' leadership staff.

– We are extremely pleased to be able to welcome Viktor Fasth back to Växjö Lakers. Viktor will be part of our leadership team and work with the players in the national team and the Hockey High School on an individual level. In addition, he will keep goalkeeper sessions on the youth side. Our ambition is to create a daily mentorship that will be developmental for the boys in hockey technical details as well as on a personal level, says Växjö's sports director Henrik Evertsson. 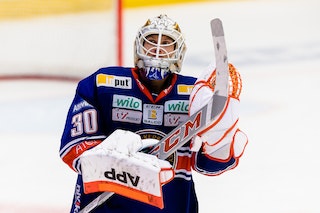 Ben Thomas played for both Leksand and Växjö last season in his first year of Swedish Hockey. He played 32 games with Leksand before moving to the Lakers. However, it looks as if Thomas' time in Sweden will be a one and done as he announced this week that he has signed with Tappara in the Finnish league. In his 47 games played last season he registered 4 goals and 2 assists.

Alexander Yterell will not be joining HV71 for their return to the SHL and will instead be swapping teams to the newly relegated Djurgården. The 31 year old played in just 25 games with HV71 last season scoring three goals and adding eleven assists.